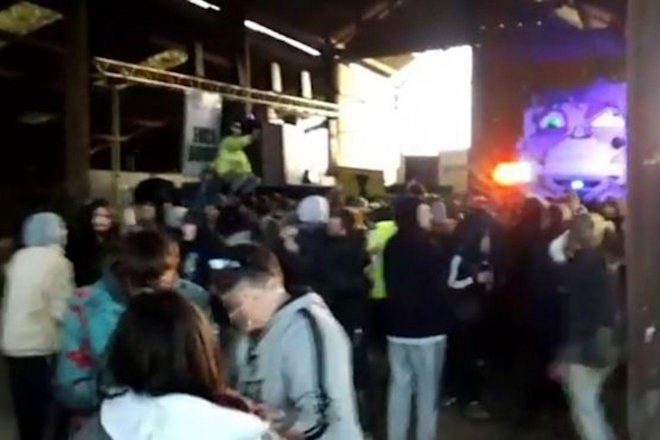 Authorities in central England allowed an illegal rave with approximately 700 people to carry on for nearly 12 hours over the weekend.

Residents of Whissendine, Rutland reported loud noise late Saturday night, which prompted police to be dispatched to an illegal rave. They found a full on party, along with fireworks being set off. Although the authorities arrived at 12:10 AM, the rave was allowed to continue for nearly 12 hours, according to the Rutland and Stamford Mercury.

The officers' approach to breaking up the event brought mixed comments from the public. Some praised the police for their focus on keeping everyone safe, others were upset the rave was allowed to carry on.

Read this next: Police took 20 hours to shut down an illegal rave

One member of the community expressed their approval of the police presence: "Thought you were doing a great job this morning. Thanks for letting me pass and I didn’t knock any of the ‘ravers’ over."

According to BBC, one resident even joked about not being invited to the party: "We seem to have been missing details for the all-night rave from our village event calendar."

Another member of the public did not feel the same way, warning that more needs to be done to prevent raves in the future: "Appreciate you’ve done the very best you can under extremely trying circumstances. You always do. However, another way needs to be found to help you do the job I know you want to do. Otherwise this area will become known as one where such lawlessness goes unchallenged and unpunished."

A Leicestershire Police spokesman commented on the incident, stating that the safety of the public and the officers was the main focus: “Officers attended the location and remained there to prevent anyone gaining access to the rave, and managing those who are leaving in a safe manner. Reports suggest there were more than 700 people at the location overnight.

Read this next: Illegal Ibiza rave results in police brawl

"No arrests were made and officers worked closely with partner agencies including the council who were aware of the activity. Our attendance was managed in the safest way possible. There were a significant number of people at the location and public and officer safety was being continuously monitored by officers on the ground so we could do what we can.”

[Via: Rutland and Stamford Mercury]