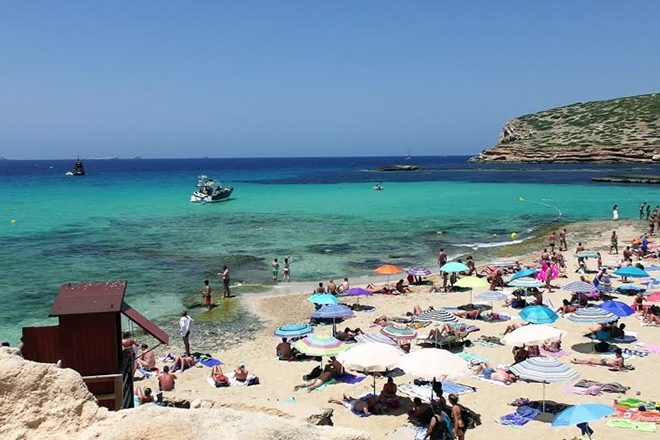 An illegal rave in a protected woodland area near the popular tourist beach of Cala Conta in Ibiza this past weekend turned into an all-out brawl between revelers and police when authorities arrived on the scene to shut it down.

According to Diario de Ibiza, 73 people were arrested and 11 police officers were injured after the all-night ravers began hurling rocks and attacking them with iron bars.

Civil Guard chief Enrique Gomez stated that the illegal rave had approximately 200 at the scene when 40 police officers showed up on Sunday morning to break up the party. At its peak on Saturday night, the hidden event had around 1000 in attendance before the number dissipated by morning.

"When officers arrived to tell them they had to leave and stop the music because it was an illegal party in a protected area, they refused to do so, provoking police and even assaulting them and injuring several," said Gomez. The injuries were described as "non-serious" and were treated by medical personal on-site. Two of the revelers were transported to the hospital for injuries, including a broken bone.

Local sources said they believe the rave may have gone on for several days if police hadn't taken decisive action and stepped in. At one point, an officer was forced to fire his gun in the air to stave off the angry revelers who were threatening to attack him.

The 73 people arrested at the site were detained for malfeasances such as resisting arrest, disobedience, assaulting police officers and wounding.