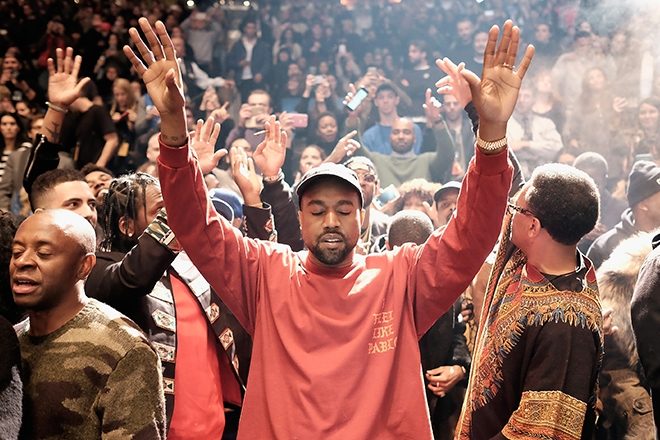 Videos of Kanye West's Sunday Service in the hills of Los Angeles have been circulating online for months now, showing the pop culture icon praising the lord and belting out his world-renowned hip hop productions with a full gospel choir behind him.

This past Sunday on March 24, the Los Angeles Police Department were called to the outdoors service after neighbors decided to file a complaint on the "noisy" daytime event.

This was the 12th week on Kanye's Sunday Service, which always has a star-studded cast of celebrities in attendance. This week's service included Courtney Love, Tyler The Creator, Katy Perry and her fiancé Orlando Bloom.

Towards the end of the event, Kanye announced that this week's service would be their "last time on the mountain" that they have been occupying for the past few weeks. Check out the videos below.

Read this next!
This is why Kanye West dropped out of Coachella
Kanye West gifts $10 million to art foundation
David Morales calls out Kanye West for stealing his bassline

I would pay $19.99 a month for a live stream of Kanye's Sunday Service pic.twitter.com/H44XcmGwX9

“This is the last time on the mountain so y’all gotta party with us.” pic.twitter.com/VgmE6LM5Nj