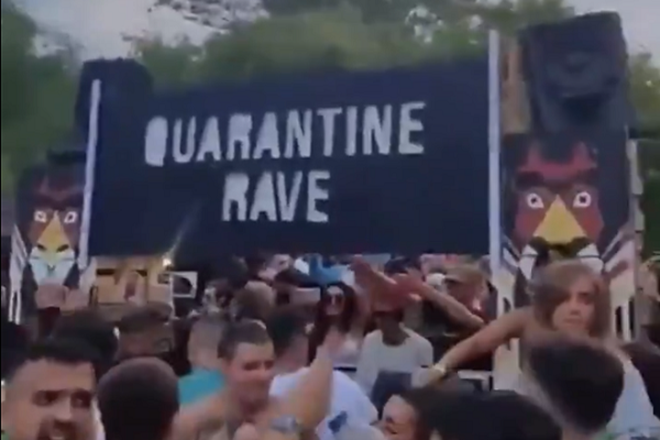 The mayor of Greater Manchester Andy Burnham has said police will be taking a “stronger, more robust and interventionist” approach to cracking down on illegal gatherings during lockdown, after two events in Manchester last week descended into violent chaos.

Burnham added that people caught attending gatherings will face fines “or something much more severe”.

Greater Manchester Police said they were unable to prevent the two Manchester gatherings which attracted 6,000 people and led to one death by drug overdose, one sexual assault and three stabbings due to a “lack of intelligence”. An investigation is ongoing, with no arrests currently made.

In an online press conference, GMP’s assistant chief constable Nick Bailey admitted that the police failed to respond and identify the locations fast enough to stop the gatherings taking place.

Although there was knowledge of a planned event, local councillors were told beforehand it “wasn’t something to worry about”.

Police blamed “elements of organised crime” for the existence of these events, noting that social media is being used to plan the events and tickets are reportedly being sold for up to £30.

Baroness Beverley Hughes, Greater Manchester's Deputy Mayor for Policing, Crime, Criminal Justice and Fire, said: “We will bear down now, this weekend and beyond, with everything we’ve got across the police and our local agencies to try and stop any repeat attempts of this. The last thing we want is a summer of raves.”