On November 22 last year, more than a thousand ravers flooded into a squatted 10-storey office block in Shoreditch for an illegal rave headlined by jump up drum 'n' bass specialist Jayline. With a bone-crunching sound system and no defined closing time, the event echoed thousands of similar illegal raves that have spanned the 30-year history of the UK free party scene – apart from one key element: it was organised via a specially designed smartphone app.

How does this illegal rave app work?

The app was created by a London-based party crew formed in November last year, who asked to be named as ‘SGL’. One of its key functions is to transmit the party location to ravers in a way that can’t be monitored by police, replacing the ‘infoline”’ system, where ravers call a burner phone number after a certain time to get the postcode via a recorded message. “First we release the location via the app,” says the 21-year-old founder of SGL who has asked to be called Mark (not his real name). “Once there are around 200 people in the building then it’s much harder for the police to shut the party down and we can release locations over social media without worrying too much.” A raver can only use the app once they have verified their identity by sending a screenshot of a specific social media chat and a photo of their own face to the crew’s Instagram account. “The app has security levels – and a lot of people think that this is just a way of stopping the police from raiding our parties, but that wasn’t the only reason we developed it.” Mark says his crew wanted to break down the barriers between organisers and ravers. “If identities have been verified to some extent via the app there can be more of a dialogue between the people attending parties and the party organisers. It’s not just a recorded message. We’re asking ravers what they want and what we can do better.” 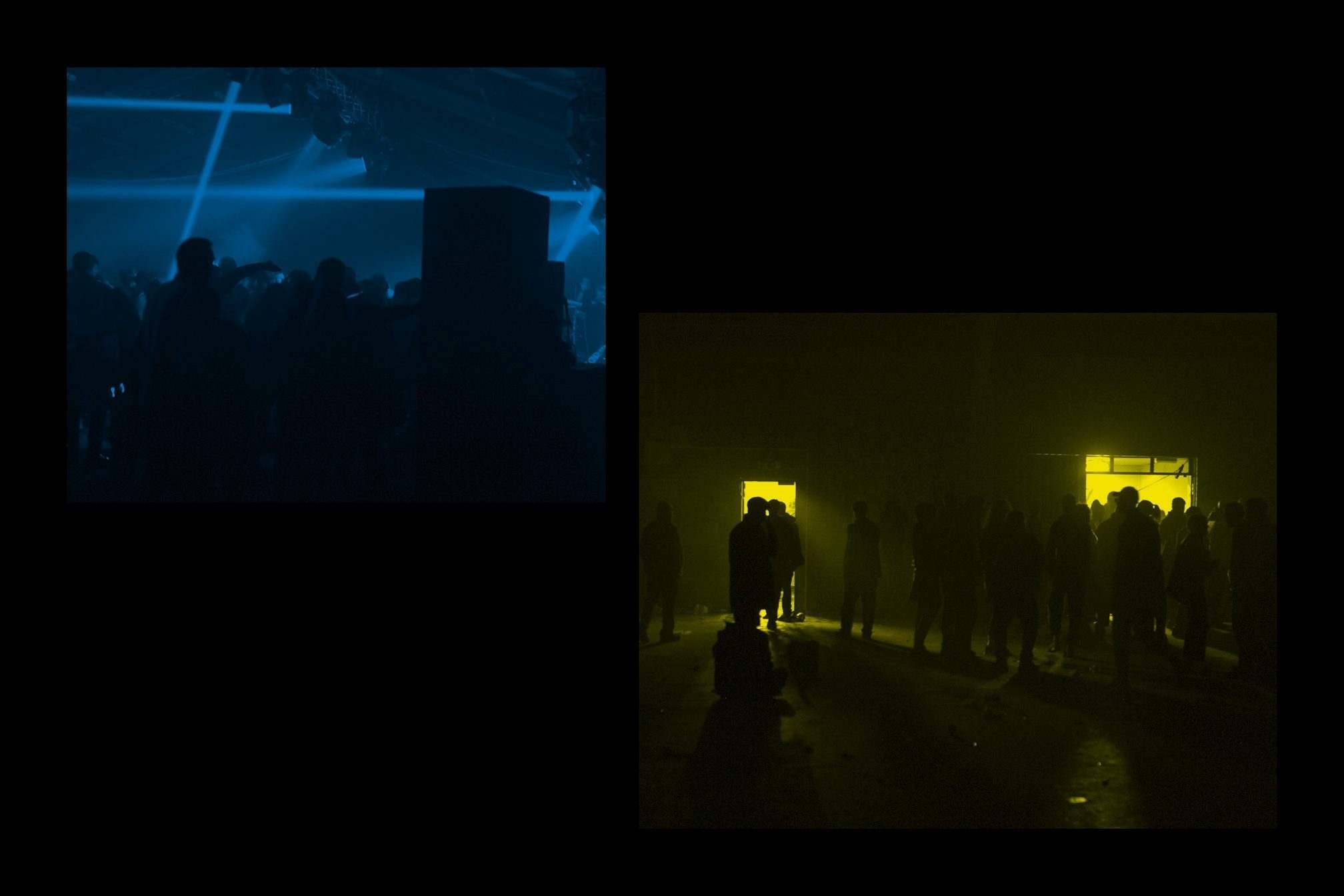 SGL has made its app downloadable from Apple’s App Store and through Google Play – and it now has more than 500 verified users. The crew says it also has a backlog of more than 900 verification requests that it still needs to process. “It’s going insane,” says Mark. “We’ve only done three raves using the app so far, but the system has worked really well – and we’re updating it all the time.”

Has it been working?

The risk party organisers run was highlighted on November 16 when Kent police stormed a rave in a disused Carpetright warehouse in Strood where there were more than 1,000 ravers. “The police don’t like us because we’re hooded teens listening to drum ’n’ bass and going mad,” says Mark. “Punters get a hard time, and we’ve had quite a bit of equipment seized. That’s why we take security seriously.” 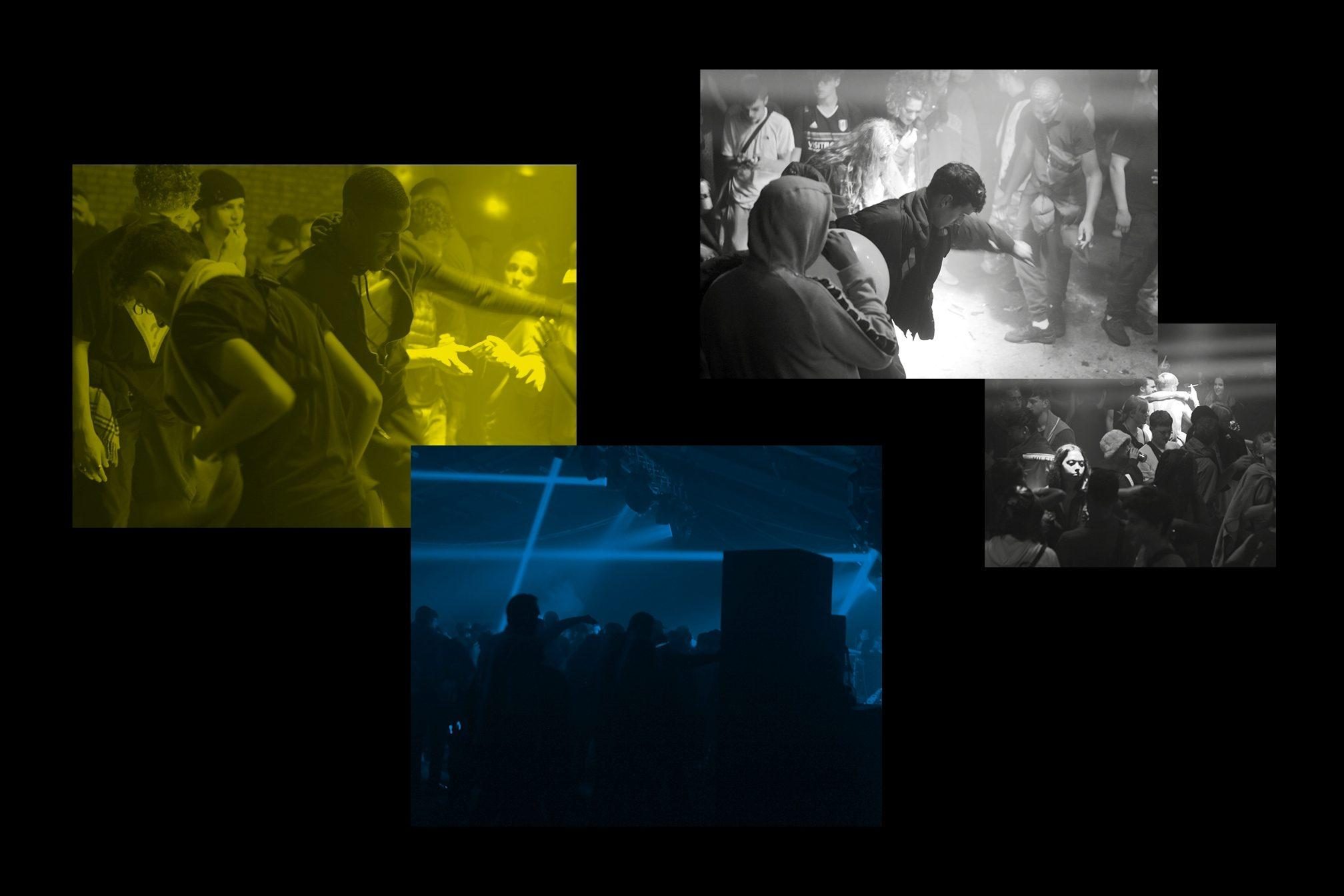 SGL believes modern technology can help squat party crews put on bigger parties with less police interference and strengthen the UK’s underground rave community – but some established crews and ravers remain unconvinced. Some tell us they’re worried that too much personal information will be collected by rave organisers through apps and that this information could ultimately be obtained by third parties like the police or large tech companies.

But other free party veterans believe new technology should be embraced. “Squat parties have always been about good music, a DIY mentality and staying one step ahead of the police,” said DJ Manarchy, a former member of the UK free party crew Brainskan. “Though there are potential pitfalls with social media it’s a very easy way to reach a huge audience – and if crews [make] apps it’s better than relying on things like Snapchat, which have been developed by big corporations.” 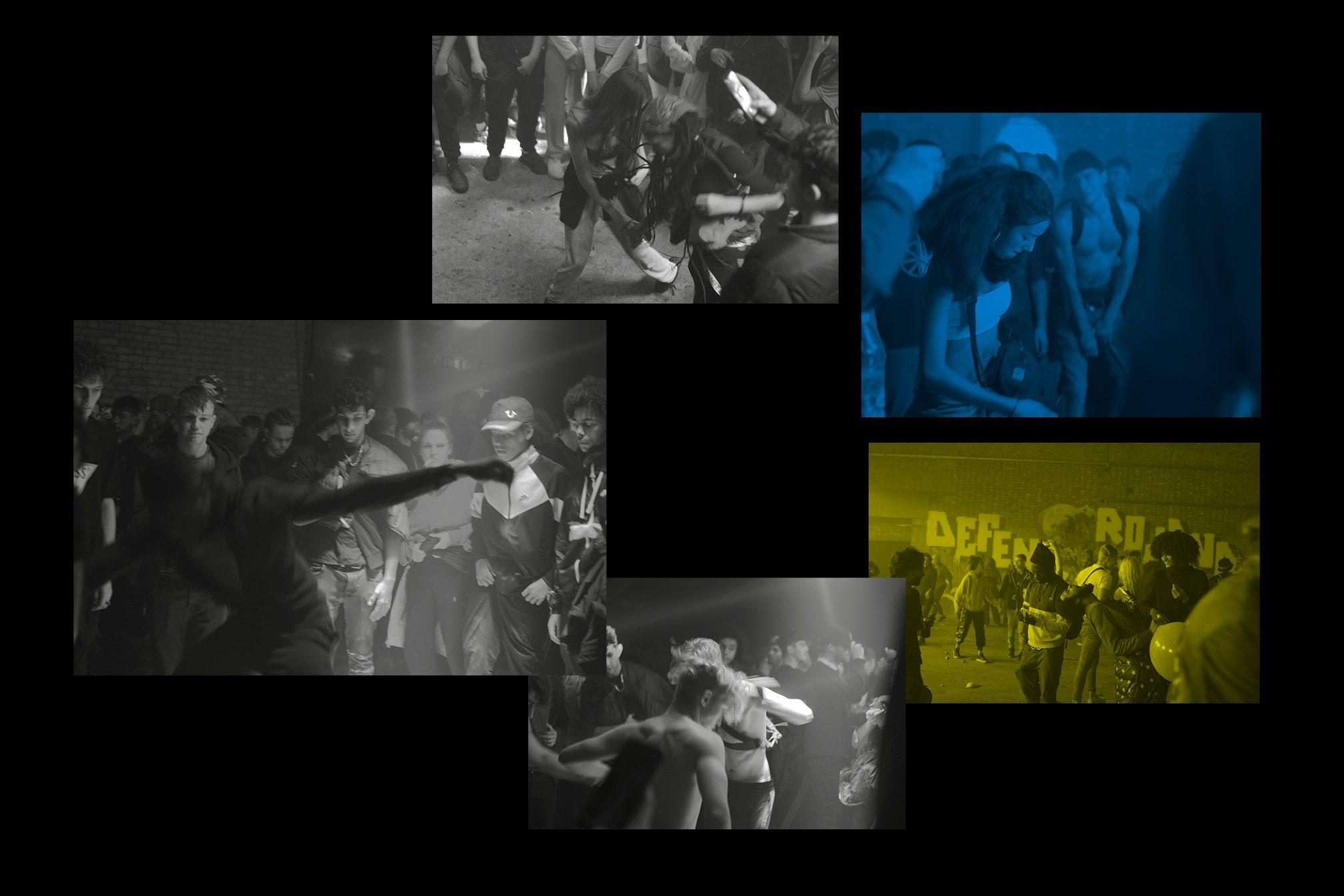 SGL has already been approached by other illegal rave organisers that want advice about how to create their own bespoke apps. Some crews are considering including tracking functions that will allow them to see the user’s location. That will allow them to revoke access if a user is doing something suspicious, like accessing the app in a police station. It could also allow event organisers to send out warnings if users are heading towards a location with a heavy police presence – a feature of apps used recently by protest movements in places like Hong Kong.

Read this next: The true, unrelenting spirit of UK rave in 28 photos

“Raving has always been about innovation,” says Mark. “When we started we had no reputation and we had to use new ideas to be able to compete. Parties like our rave in Shoreditch prove that modern technology can be used to put on big unlicensed raves that have an old-skool mentality.”