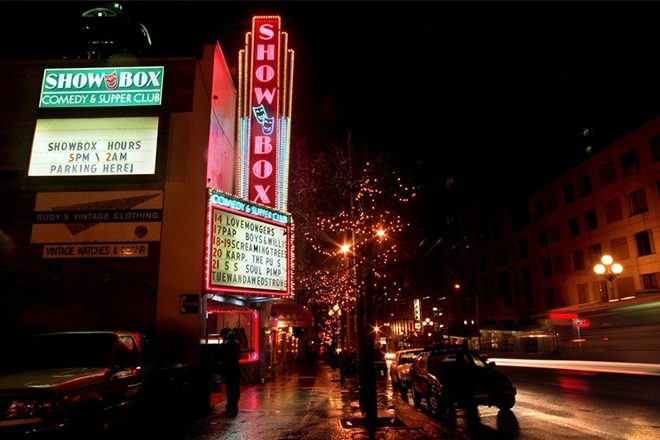 First opening its doors in 1939, music venue the Showbox has been a staple in Seattle's music scene for decades. Only a day after celebrating its 79-year-anniversary, real estate investment company Omni Group filed plans with the city to build a $100 million, 440-foot apartment tower on the site of the historic venue.

Located across the street from the iconic Pike Place Market in downtown Seattle, the Showbox has hosted legendary musicians like Duke Ellington, seminal grunge bands like Pearl Jam and contemporary electronic acts such as Autechre, Bonobo, Nicolas Jaar, Richie Hawtin and more.

The announcement ignited a quick response from the Seattle music community. Motions have already begun in support of saving the venue, including a petition to stop the destruction of the venue which has already collected over 35,000 signatures and an event called 'Save the Showbox', set to take place in October, has thousands of RSVPs on Facebook.

Mixmag spoke to Decibel Festival founder Sean Horton - who has produced over 20 events at the Showbox - to get his take on the proposed plans.

“The combination of curation, acoustics, sound, decor, location and layout make The Showbox Market one of the best 1,000 to 2,000 capacity venues in North America. It’s certainly my favorite,” says Sean. “Through all the changes that Seattle’s once DIY culture has endured at the hands of the tech industry, The Showbox Market has been one of the few constants. To demolish it would be to demolish one of the most historically relevant and iconic music venues in the world.”

So far, Omni Group has only sent in a preliminary notification regarding its plans and the city has yet to issue any building permits. There is still hope that the Seattle music community can pull together and rescue this historic and culturally significant music venue from being demolished.