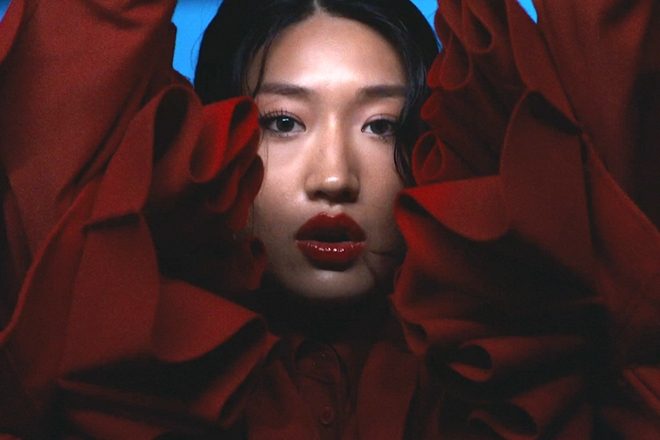 Directed by filmmaker and photographer Jonas Lindstroem and shot in South Korea, the video is a sporadic and beautifully choreographed tale of feeling alive in those euphoric moments of dance. It not only features Peggy but also international star Yoo Ah In, the lead actor in the award-winning South Korean film, Burning.

Talking to Zane Lowe on Apple Music’s Beats 1, the South Korean dance music icon discusses her how the music video came to be and what her plans or for future records.

"I wanted to do something that would make you dance like nobody's watching you," Peggy explains. "We came to this idea and then we research it deeply and then he (Lindstroem) found Ganggangsullae, which was a really old, traditional South Korean dance that they used to perform under the moon to bring in a happy New Years and stuff. So this is how it came up, to be honest, I must say, I need to give him credit for this because it didn't come from me, but our goal was to achieve that everybody wants to feel alive and what connects people is music and dance."

Having just released the 69th installment of !K7's DJ Kicks mix compilation this past June, Peggy goes on to tell Lowe her plans for a full debut album.

"I was telling myself 2019 is all about album, but you know what? With my crazy schedule, I'm not a robot. It's not possible. I have told myself I'm going to start properly in September, and once it's done, I don't know how long it would take because once sometime I make music and I go back and I think it's shit or I don't like it anymore. So it can take less than a year, but I'm pretty sure it's going to take more than a year and it's only because I would like to prepare a live set together with an album."

Check out the teaser below.

The Cover Mix: Peggy Gou
Peggy Gou picks her 'Moment' with EP on her new label
Peggy Gou on sexism in music: "The best revenge is just me doing well"
Get the best of Mixmag direct to your Facebook DMs