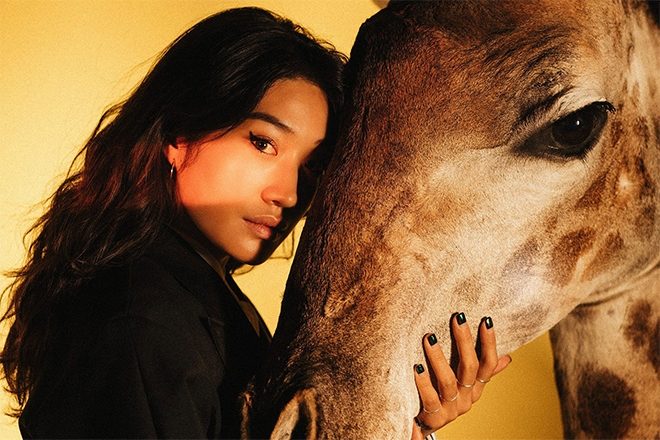 Kirin, which translates to "giraffe" in Korean (her favorite animal), will commence as a high end, streetwear brand for women and will later evolve into a unisex label.

In an interview with i-D, the stylish Korean superstar discussed how the New Guards Group approached her after she performed at an Off-White event last year and asked her to create a brand consisting of items that she would wear.

“When I first started DJing I wanted to look as serious as possible,” says Gou. “I used to dress up in just a white t-shirt and denim but now I know fashion is just part of me.”

In addition to the launch of her new fashion line, Peggy also revealed plans to introduce her own music imprint, Gudu, in the very near future. Directly translating to "shoes" in Korean, the label name is also meant to be a cheeky abbreviation for "Peggy Gou does".

Determined to be her "own boss", Gou is confident that her forthcoming music label will be a hit, saying, "at first I wanted to have just my music, but now I think people would like to know what kind of artists I support.” She plans to use the platform to support promising Asian artists while giving them the opportunity to play abroad.

You can listen to Peggy Gou's slamming Mixmag cover mix by going here.