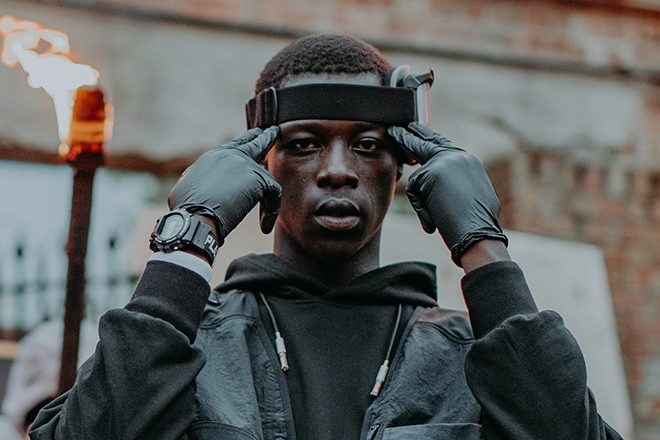 British-Gambian rapper Pa Salieu is back with part one of a new surprise EP, ‘Afrikan Rebel’.

The three-track EP follows his debut release last year, which saw the rapper rise to fame with features from Mahalia, BackRoad Gee, and M1llionz on his breakthrough record ‘Send Them To Coventry’.

‘Afrikan Rebel’ is a collection of tracks focusing on African history and culture, pulling in West African affiliates Obongjayar, Tay Iwar, and Zlatan to feature across the tracks.

“Fundamentally, Afrikan Rebel is about being proud and loud about where you come from. For me that is Africa... I see the word ‘Rebel’ only in the most positive sense,” said Salieu on the new project.

The Mixmag cover star has been at the forefront of the rap scene since his debut record, now receiving nominations for major awards such as the GRM Rated Awards, two Ivor Novello nominations, and has since won the BBC Sound of 2021 through his time in the spotlight.

He continues, “My Afrikan Rebel series is a movement which I hope can allow me to connect with others with a similar mindset and gives a platform for me to experiment with influences and inspirations from my culture and others from the great continent of Africa.”

Read this next: "It's in my blood": Why Pa Salieu is in his own lane in the UK music scene

Pa Salieu also announced details of his upcoming headline tour. Find out more information below, and listen to ‘Afrikan Rebel’.