“It’s in my blood to build”: Why Pa Salieu is in his own lane in the UK music scene - Artists - Mixmag
Home Latest News Menu

“I’m the instrument. I’m gonna play myself, ain’t nobody gonna put me in a box and try play me,” says Pa Salieu. In the midst of a breakout year, a steely determination is fuelling the 22-year-old rising star’s ascent.

“When I got shot, I knew I wasn’t going to die ‘cos I hadn’t done what I needed to do,” he says, addressing an incident last October in which he survived being shot in the back of his head. Now renowned for his versatile, genre-splicing songs, Pa Salieu is carving his own lane in the UK music scene.

His breakthrough hit ‘Frontline’, which dropped right at the start of the year, is an ode to Hillsfield - the residential suburb in Coventry where Pa was raised - but its “mazza on the frontline” message also speaks to those living in inner-city estates. The relentless sirens and drums on the instrumental paired with gritty lyrics create a sense of urgency, while the switch from abrasive rap to compelling afro-infused melody perfectly captures the manic eclecticism of Pa Salieu.

Although his career is going from strength to strength, life has not been easy for Pa, but he is determined to tell his unembellished truth. “The message is me. Someone who’s never lived my life or experienced what I have experienced can bop with it and still listen ‘cos they like the flow,” he says from the passenger seat of his manager’s car. He’s had a very busy week consisting of photo shoots, interviews and late-night studio sessions but says that he is grateful for all the opportunities.

Read this next: "We own the ball now": How UK producers set a new a standard for drill

His recent single ‘Betty’ is a mellow, dancehall-inspired offering that illustrates Pa’s artistic range. Although ‘Betty’ is a more soothing sound, the lyrics are still raw and depict his past struggles as he recalls “flinging packs” and “serving fiends”. “Afro-dancehall, no genre,” he laughs when I ask how he would describe the sound of the song. “I’m not gonna close my mind ‘cos I come from the roads and stick to drill or rap. I do everything but the thing that won’t ever change is the meaning.” 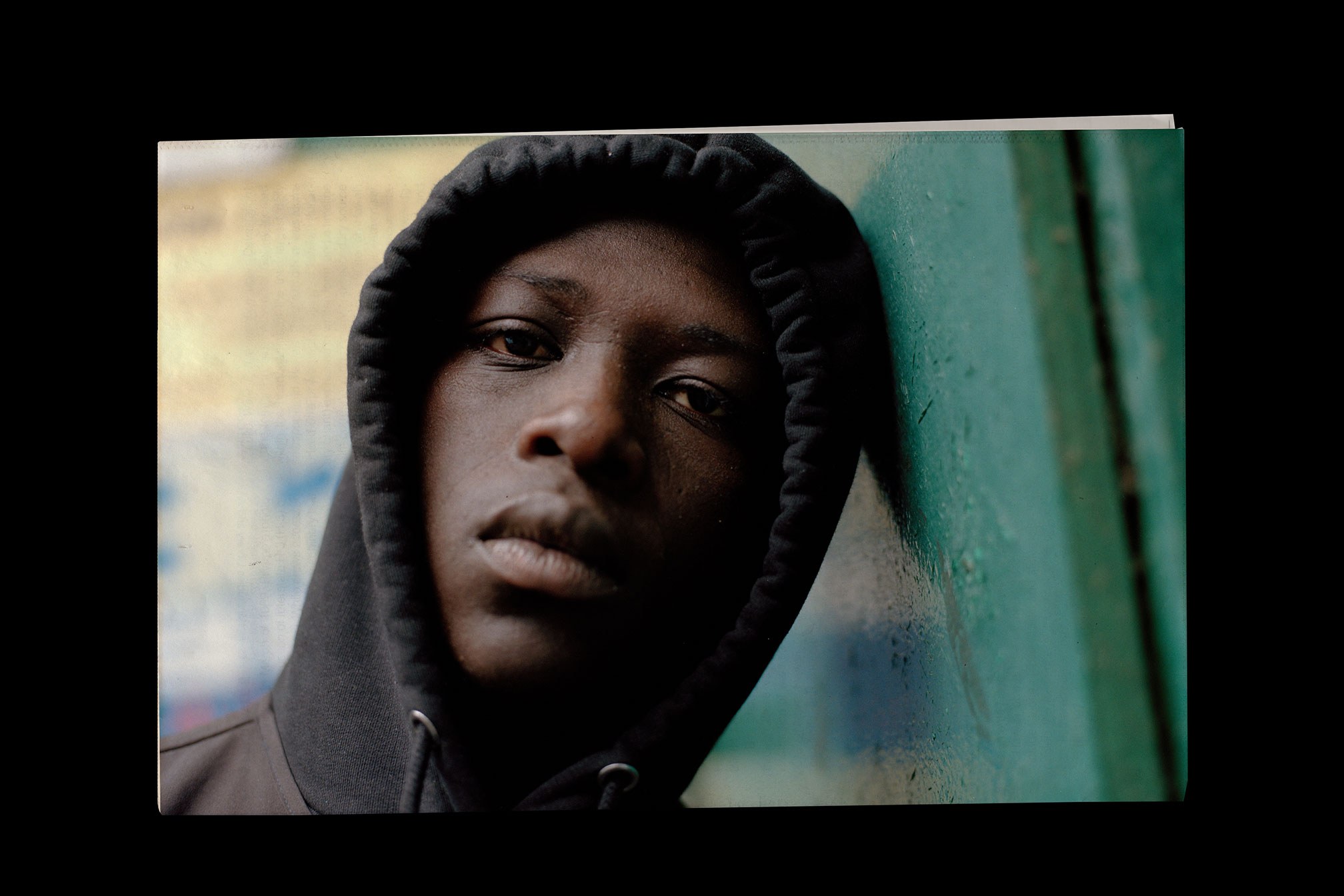 You can tell that Pa deeply cares about music. Despite his innate musical flair, his troubled schooldays may have led to him taking a different path. “I used to fight back every day because I was short, black, and my name was different,” he recalls. “Teachers knew reasons why I was switching, but they just sent me to exclusion rooms and blocks so I would miss lessons. That block they used to send these kids to if their minds are fucked up.”

After disengaging with school, Pa later returned to education, enrolling in an Art and Design course at college. After losing his grandmother, he found solace in painting: “I ended up doing art and I fell in love with it. It’s the same feeling as music, but this was before the music. I love painting. It’s just like writing with the different layers and stuff.” Writing however soon became Pa’s newfound channel of catharsis. “It wasn’t even music at first,” Pa admits and mentions how he may have slipped into spoken word instead of music. Either way, Pa was a natural wordsmith and it wasn’t long before he laid down some vocals.

“It was a friend’s house,” says Pa as he harks back to his first studio session. “It was my first time seeing a studio so I was gassed. If the music’s there, I'm content. Dead speakers, dead laptop, but he had [audio software] Audacity - that was gold to me.” The studio became his sanctuary - an oasis of tranquillity amongst the bleakness of the frontline. It was the murder of his best friend AP however, when Pa really started to focus on the music.

“The day he died my first tune came out. He was the one who motivated me. He was doing a clothing line and I was doing music. ‘Hood representative, money moves’ - That was the logo on his clothing and that’s what I’m tryna do: be a representative of where I’m coming from, not just the hood, but my culture as well.” 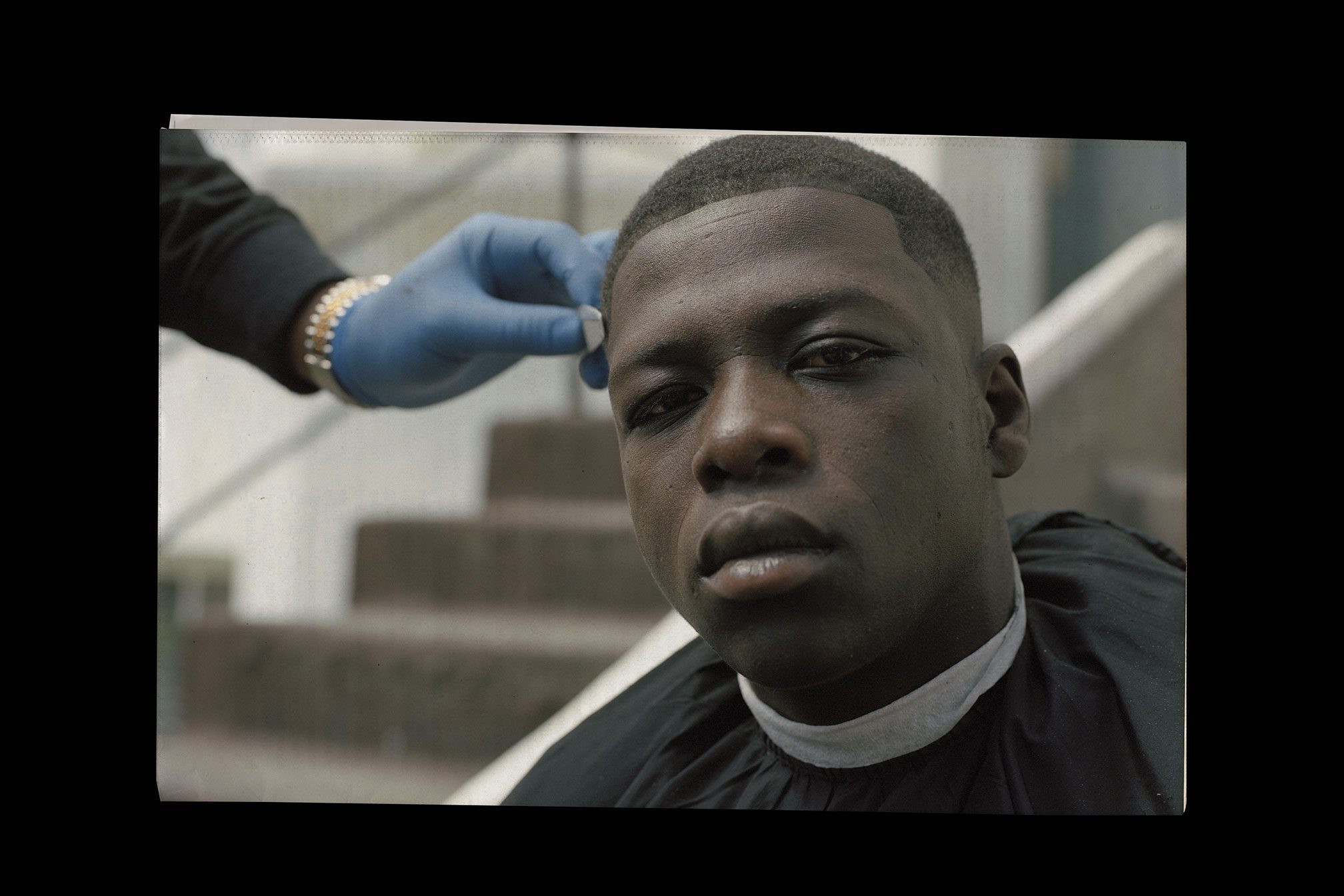 Pa spent the early years of his childhood in The Gambia and credits his time there in influencing his music. “My childhood memories in Gambia are more vivid. I can remember playing with a silver rod and pushing a bike wheel with it. It ain’t much but it was something.” he says, “I belonged there. I remember robbing some shop and my older cousin hitting me with some big stick. That’s what I loved - I was treated like I was from there.” He returned to Coventry aged nine where, as mentioned before, a destructive blend of colourism, bigotry and solitude meant he always missed his motherland.

You can feel the diasporic influences pulsing through Pa Salieu’s songs. He recently explored the Black-British experience in his drill cut ‘Bang Out’. “I come from a place where feds label you gang-related / sorry if you look like me, somehow you’re just gang-related” he spits over a lively beat which samples the song ‘Japan’ by 80s indie pop band Ghosts. “I know the effect of being Black, just being me. When I'm jogging and I see someone on the pavement, naturally I have to slow down and cross the road, so they don’t feel intimidated,” Pa notes. “I do realise I’m a Black guy in a hoodie - it's just a dead feeling when you know you’re a good person.”

Still, Pa is very proud of his Gambian roots and his aspirations to help his country transcends music. He gets excited when he talks about his plans to build a school there in the future, stressing the importance of self-sufficiency. “We had a mosque in my yard. When my grandfather first built it, it was just me and my cousin. Now, there’s 500/600 people that use it, maybe more. It’s in my blood to build,” he says proudly.

Right now, Pa is focused on finishing his debut mixtape ‘Take them back to Coventry’ which is set to drop this September. “Have you seen Gulliver’s Travels?” he asks me as he talks me through his ideas for the artwork, “I’m thinking [giant] me getting held down. Feds in the corner, mandem there, the hood in one corner, the music.” Features-wise he has enlisted Trinidad artist Boy Boy, who like Pa has had a recent meteoric rise to success following his hit song ‘Die Die’. As expected, the tape is sonically diverse and genre-fusing: “You have melody, rapping, elements of drill - it’s gonna be different.”

Pa Salieu seems to know what he is doing. For now, he’s concentrating on music, but he makes it clear that his entire career is underpinned by his desire to build back home. But perhaps what is most compelling is how Pa is unapologetically himself; he refuses to be confined to a single genre and is set on telling his story in his own words. “It’s like back in my schooldays: you’re not gonna bully me. You think I’m gonna say ‘Say-loo’ or ‘P’ or try and change up my name? Nah man. I’m Pa Salieu. What you see is what you get.”