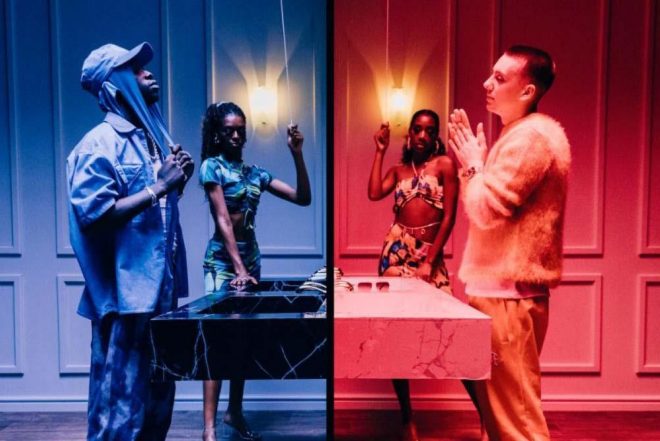 Pa Salieu has collaborated with Aitch on his latest track ‘Bad’ released on Warner Records.

The British-Gambian rapper’s new collaboration – produced by Two Inch Punch and WhyJay was premiered yesterday as Clara Amfo's Hottest Record In The World on BBC Radio 1.

It's accompanied by an official video directed by KC Locke, which includes both Salieu and Aitch. The video is available on YouTube and is linked below.

In the build up to the new release, Pa Salieu teased the visuals of the video on his Instagram page. In his posts he tagged rapper Aitch.

Described as “a man who everyone looked up to”, the former Mixmag cover star brings his Gambian heritage to the forefront of his artistry once again in this upbeat, afrobeats inspired track. Aitch’s rhythmic, clever lyricism adds to the unique UK sound of this track.

More details regarding Salieu's first full-length album are yet to be disclosed. Aitch has yet to release his first album.

Pa is also heading on the road for his long-awaited UK headline tour this November. Selling out within minutes, the tour spans a full seven dates, including a very special London show at O2 Shepherd’s Bush.

Read this next: "It's in my blood": Why Pa Salieu is in his own lane in the UK music scene

A full list of tour dates can be seen below.

'Bad' is available to stream/purchase via Warner Records here.