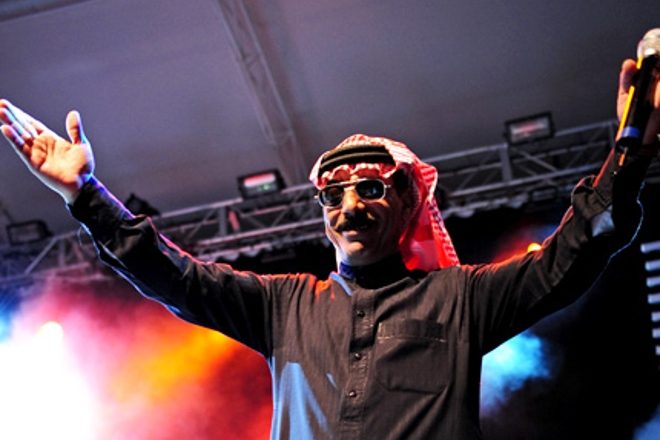 Omar Souleyman has now been released without charge after being detained by Turkish police on Wednesday, November 17.

The Syrian singer and musician, known for his electronic take on traditional dabke and halay music, was arrested on terrorism charges in Urfa, Turkey, where he now resides.

Souleyman was being held over allegations that according to MENA News are now thought by his manager to have been put forward by a ‘competitor’.

Read this next: Omar Souleyman arrested on terrorism charges

“He has many enemies and people who envy him who would do this. This is probably a similar scenario now – that someone has made a tip-off,” said Souleyman’s manager, Mina Tosti, told the publication.

Souleyman was arrested on charges of suspected terrorism after he was alleged to be involved with the Kurdistan Workers Party (PKK), which is considered a terrorist group in Turkey.

"In Turkey, I'm afraid to say, this is pretty routine,” said Tosti on the 55-year-old’s arrest. She added that the singer was also arrested two years ago.

“When he was arrested in 2019, he came out [of custody] the next day,” she said. “That time they had suspected him because of a YouTube entry that was a song without video. It was a nationalistic Kurdish song and someone had written that it was Omar Souleyman singing and because of this they detained him.”

Souleyman’s family spoke about his arrest, including his son, who argued that the allegations against the singer were just “malicious reports”. He also added that his father has no political affiliations.

His wife also expressed concern that Souleyman isn’t able to speak Turkish, and would need a translator in the process of his arrest, which could have led to a longer detainment.