In 2017, two friends came together to organise a rave in Damascus, Syria. Little did they know that it was the beginning of a new underground scene in a country ravaged by years of war.

Saadé Khoury, a 27-year-old from the coastal city of Tartous had been watching a lot of mixes by his favourite DJs on YouTube at the time and decided he wanted to hold regular events for people who shared his love for electronic music. His aspirations eventually led to the creation of the electronic collective known as Underground House Syria.

With the help of Mahdi El Laham, a Palestinian refugee living in Damascus who takes care of the logistical side of things, the duo were determined to create more visibility of Syria’s growing underground scene. They started off slowly, holding smaller nights in Damascus’s old city, but they soon realised they served a bigger purpose. There was a growing demand from Syria’s creative community to rave and use electronic music as an outlet of escape from the war.

“People were in actual need of these kinds of parties,” says 32-year-old Mahdi. “It’s a release of the pressure that young people who are not able to do anything for their future. For years, they’ve been waiting, surrounded by mortars, military operations – it was an opportunity for everyone to release their stress. Mentally, it was a part of who we are and how we released the stress of being in a warzone. Mentally, literally our parties were our form of survival to find something where we could unwind our minds from the war. The war is something that was really getting us down and doing these parties put us in a better mental state and gave us something to look forward to.” 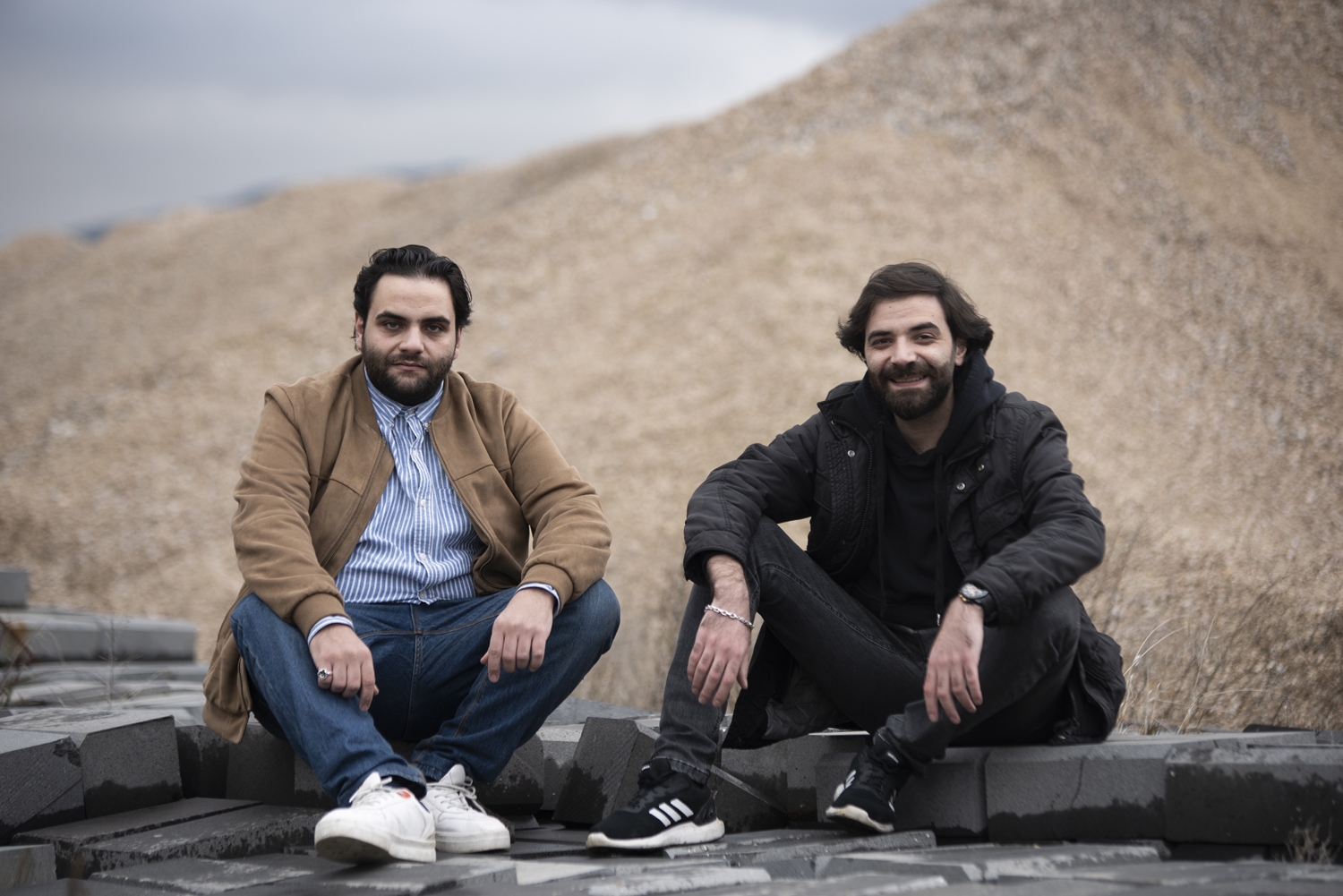 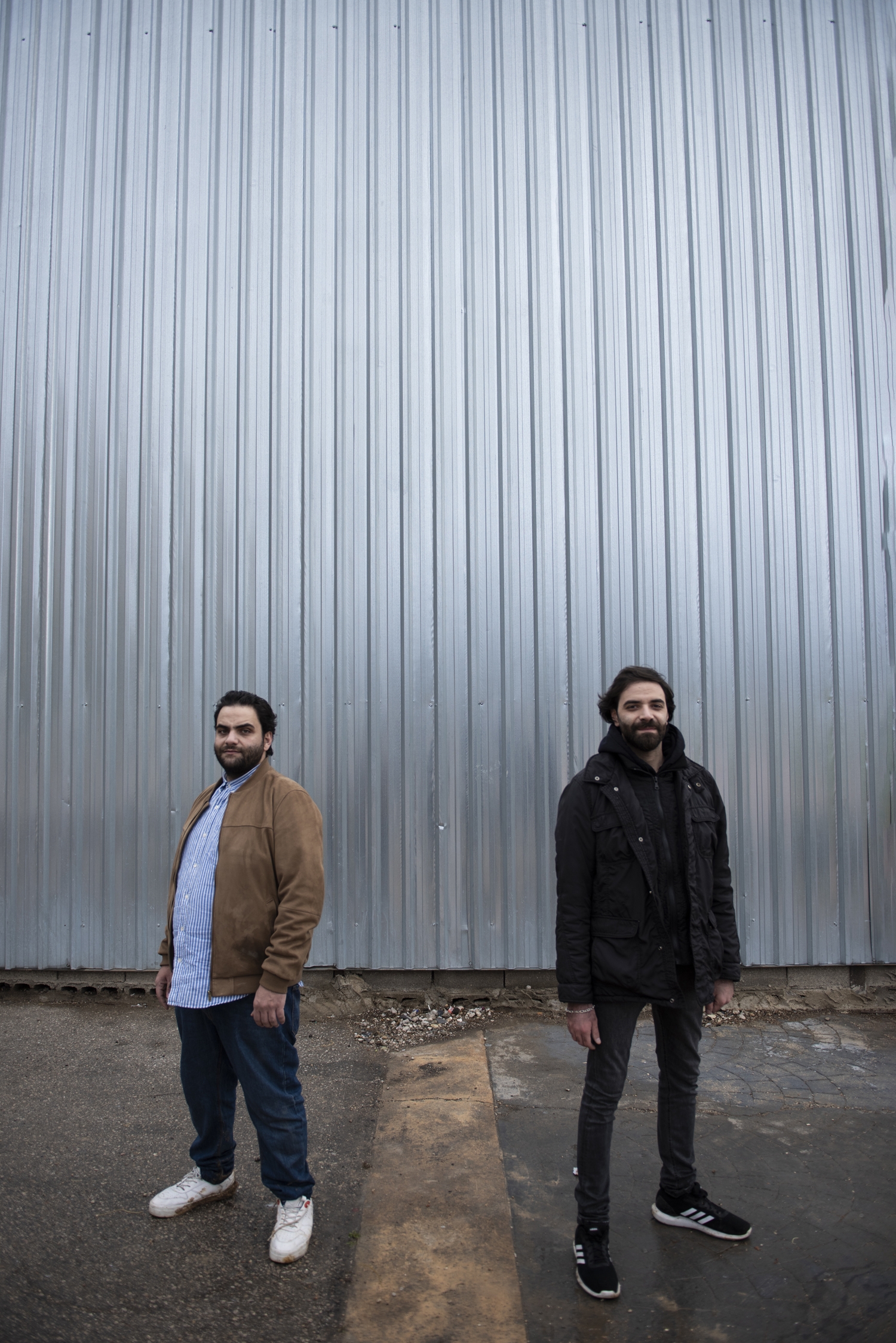 It’s just over a decade since the war in Syria began and the country's government cracked down on protesters opposing his government. Years of civil war led to over half a million people being killed and over 6.6 million Syrians internally displaced. And with that came an entire generation of young people losing their livelihoods. For those who didn’t flee the country, poverty, unemployment and economic downturn caused by the war led to a lack of opportunities and a void that still hasn’t been filled for young Syrians who stayed.

This generation of Syrians has grown up spending a large amount of their adolescence deprived of their youth and it’s not just the psychological effects of the war that affected them. Life got harder because there are very limited opportunities and prospects available to people after the crippling of the country’s economic infrastructure.

But while very little news emerges from Syria other than about the war, both Saadé and Mahdi don’t want the growing music scene they’ve been building to be forgotten. For them, visibility is important. Cities such as Beirut and Ramallah have become hubs for solid techno and drum ‘n’ bass nights. And getting a more reputable presence in the Middle East is what the duo are aiming for. They’ve mentored other Syrians such as local artist Ali Sliman, also known as Stash, a producer and live performer from Tartus, by giving him equipment to practise on before he moved on to doing his own sets.

“When you believe in something like electronic music inside a community in the Middle East in a place like Syria in the middle of a war, it was really challenging to promote,” Saadé explains. “For us, we are taking that on our shoulders that we are doing something we believe in so you cannot imagine the challenges that we are facing and that includes from the community about why we are doing what we do and we’re constantly having to justify ourselves that it’s not just something we are doing for fun. It is another form of expression.”

The platform’s reach grew in different forms over the years across the country. A big part of that was providing upcoming artists and musicians with equipment and facilities to experiment with sound. People starting out were using different genres with traditional Syrian sounds to create a fusion. Kaled Bahnasi is one of those artists. He set up Ethnotronika as a platform to collaborate with other Syrian musicians to create an electronic psychedelic sound. The instrumentalist later relocated to the UAE where he continued his musical journey.

On an international scale, while there had been bigger events in Syria prior to the start of the war, it wasn’t the same vibe, according to Saadé. Big name DJs did play in Syria post-2011 such as Blond:ish and Deborah De Luca, but in expensive hotel venues that many people couldn’t afford. When Underground House Syria started, a big part of its ethos was to make it affordable and accessible to all. Most of the local Syrian DJs who played regularly back then fled the country as the war took hold.

“The crowds that we attract don’t care what background you are from. People are there for the love of music,” Saadé adds. “They’re there to express what they feel. Before the war, organising these parties would’ve been impossible for Underground House Syria. But we found a way to make it work. Most of our crowd are from artistic backgrounds, students, musicians, actors, and we also have doctors coming to our nights. It’s a comprehensive and collaborative community.” 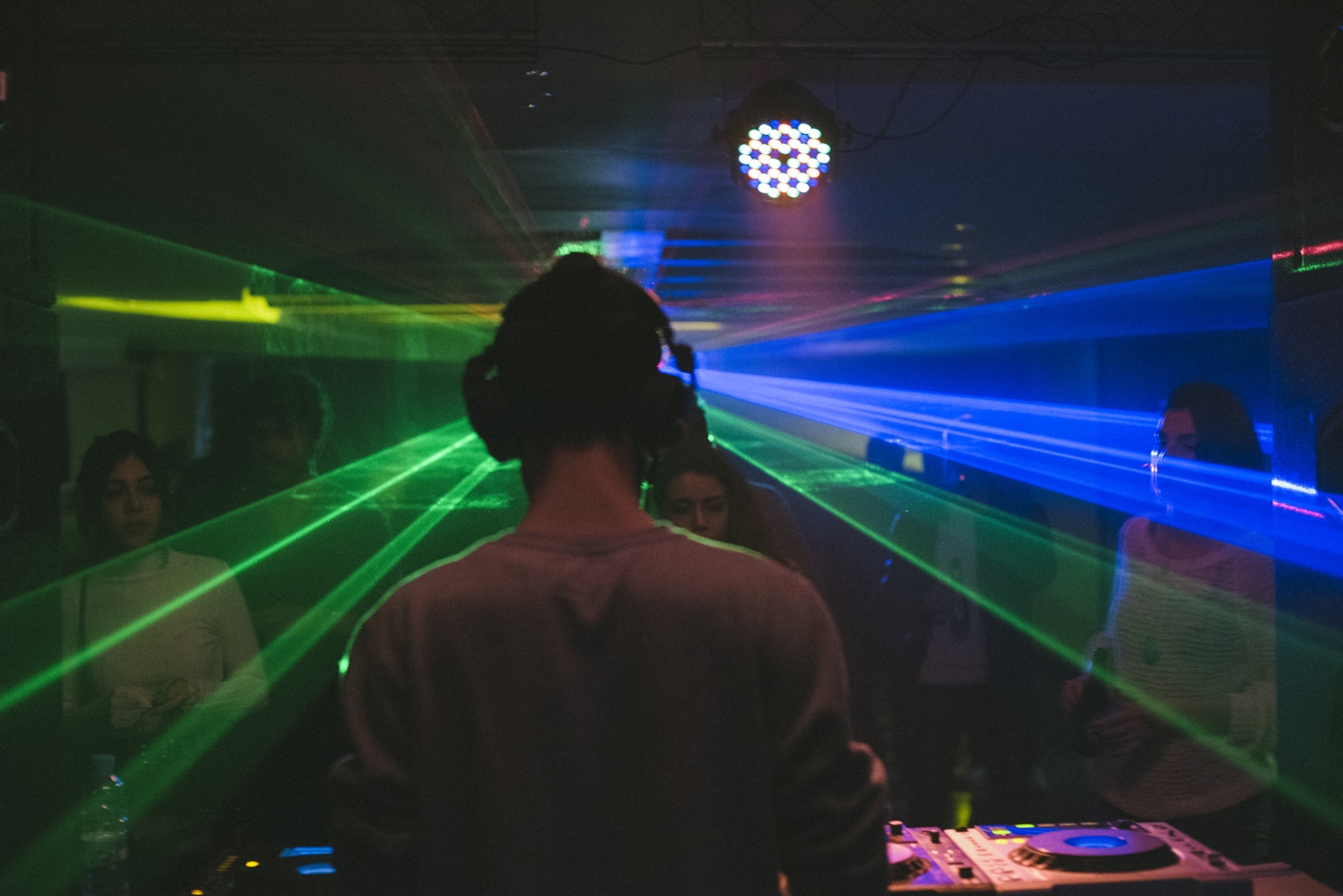 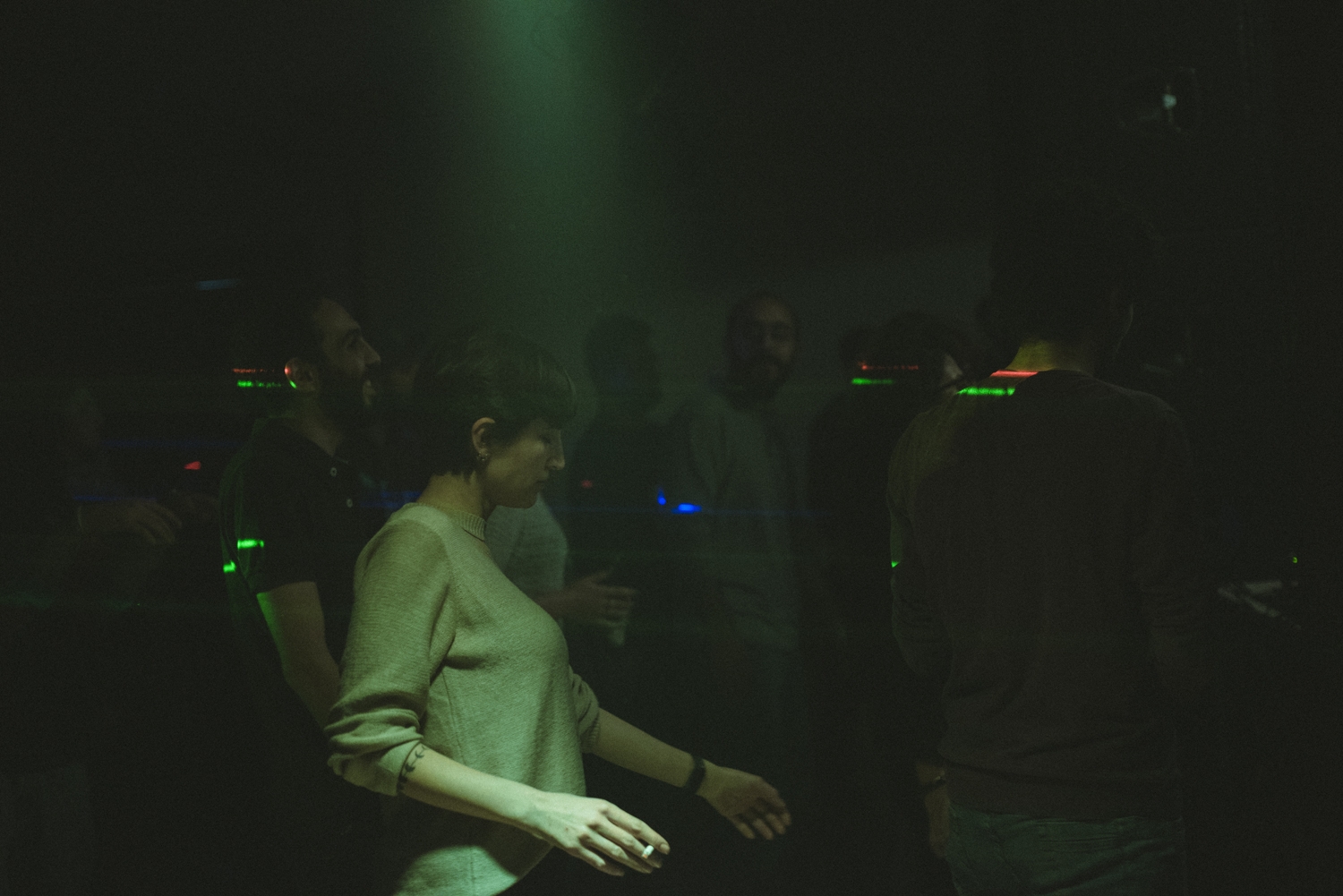 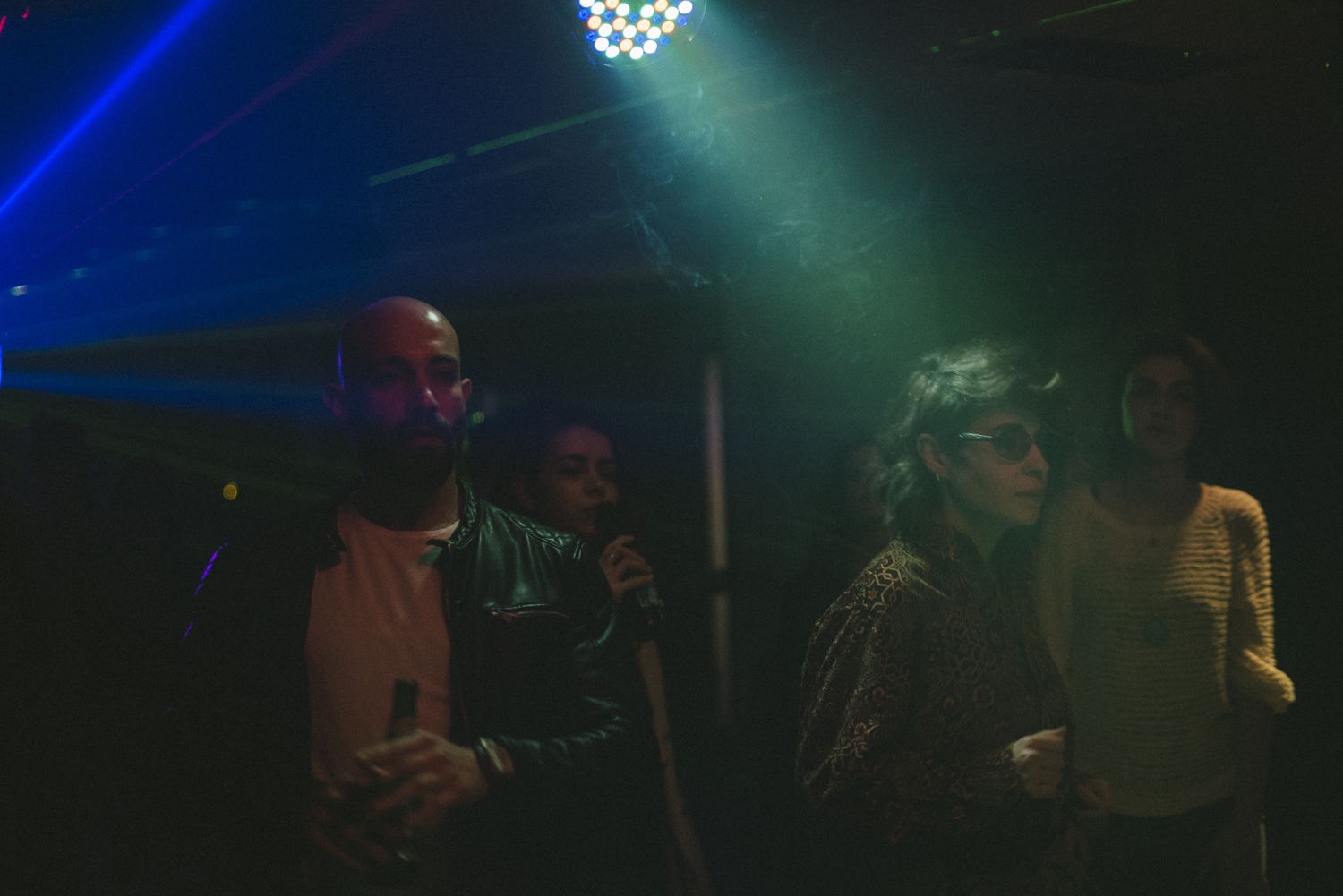 Organising a party in Syria is no simple task. Saadé and Mahdi often faced the difficult job of arranging safe routes to the venue to ensure attendees weren’t at risk in streets where there was shelling and mortar attacks. At times, the party would go on while shelling was happening outside.

“The first few years of the war were trauma after trauma,” Saadé laughs. “It was pretty common to hear shelling. The venue itself was usually safe, but getting there could be dangerous and there were some risky roads. It is the situation all over Syria for anybody. Anyone standing outside their house is in a risky place. It would have to be a route that was safe to the venue without receiving any mortar attacks, without receiving any harm. One time we had a big gathering in the old city of Damascus, which is really close to an area with military operations. The whole city was being hit by mortars so it was like hell. Going to a party meant we needed to coordinate with each other to find the route, without people getting hurt.”

Despite the risk, people do travel from some of the worst hit areas of Syria such as the city of Homs

“We had people coming from a warzone on a monthly basis or on big occasions like New Year’s Eve or Christmas. They would come from a warzone to join the party. It was a small number of people who would do that and we did try to facilitate by sending a bus to people who were coming and even for people coming from Lebanon. We arranged a bus for people trying to come so they could get here safely.” 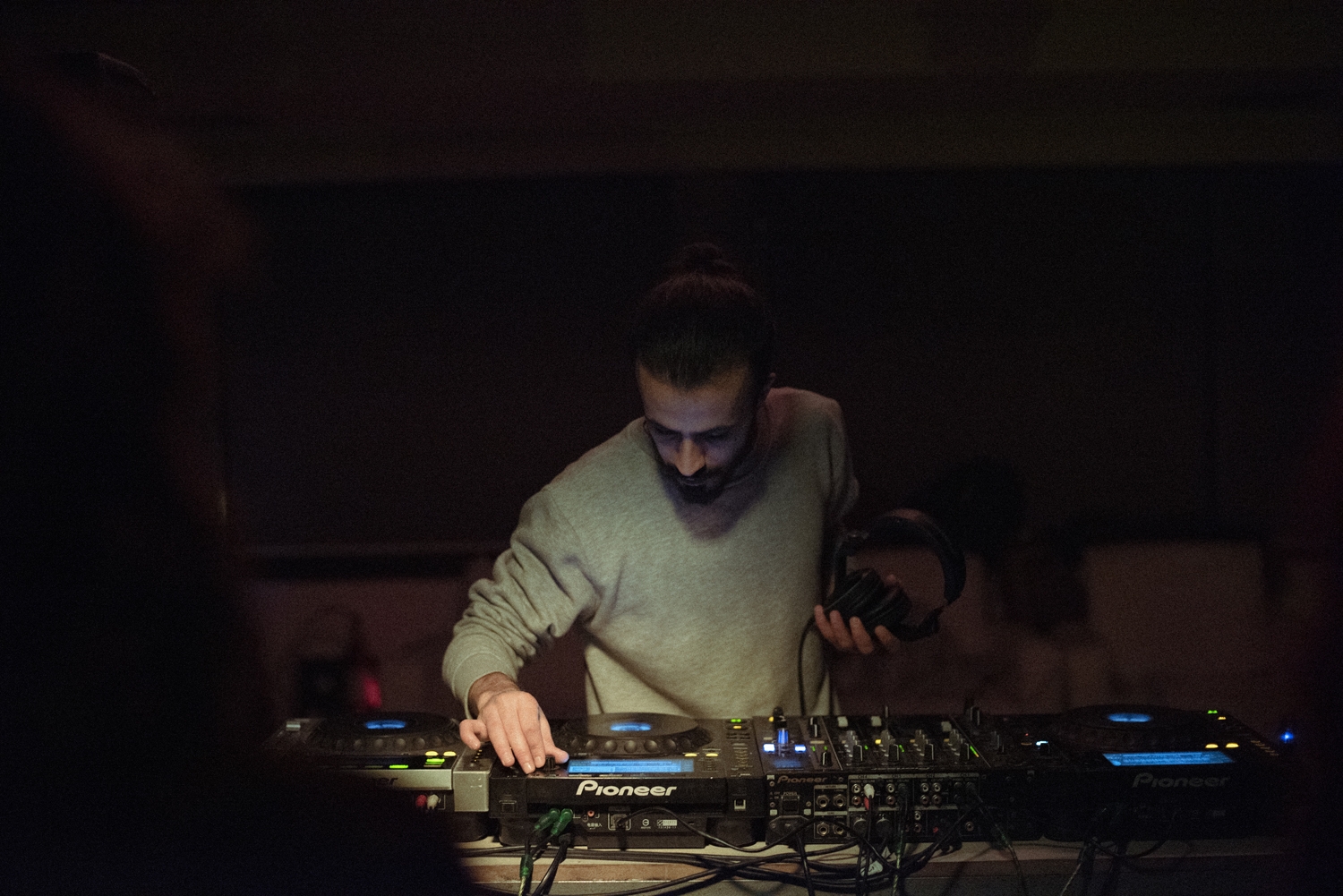 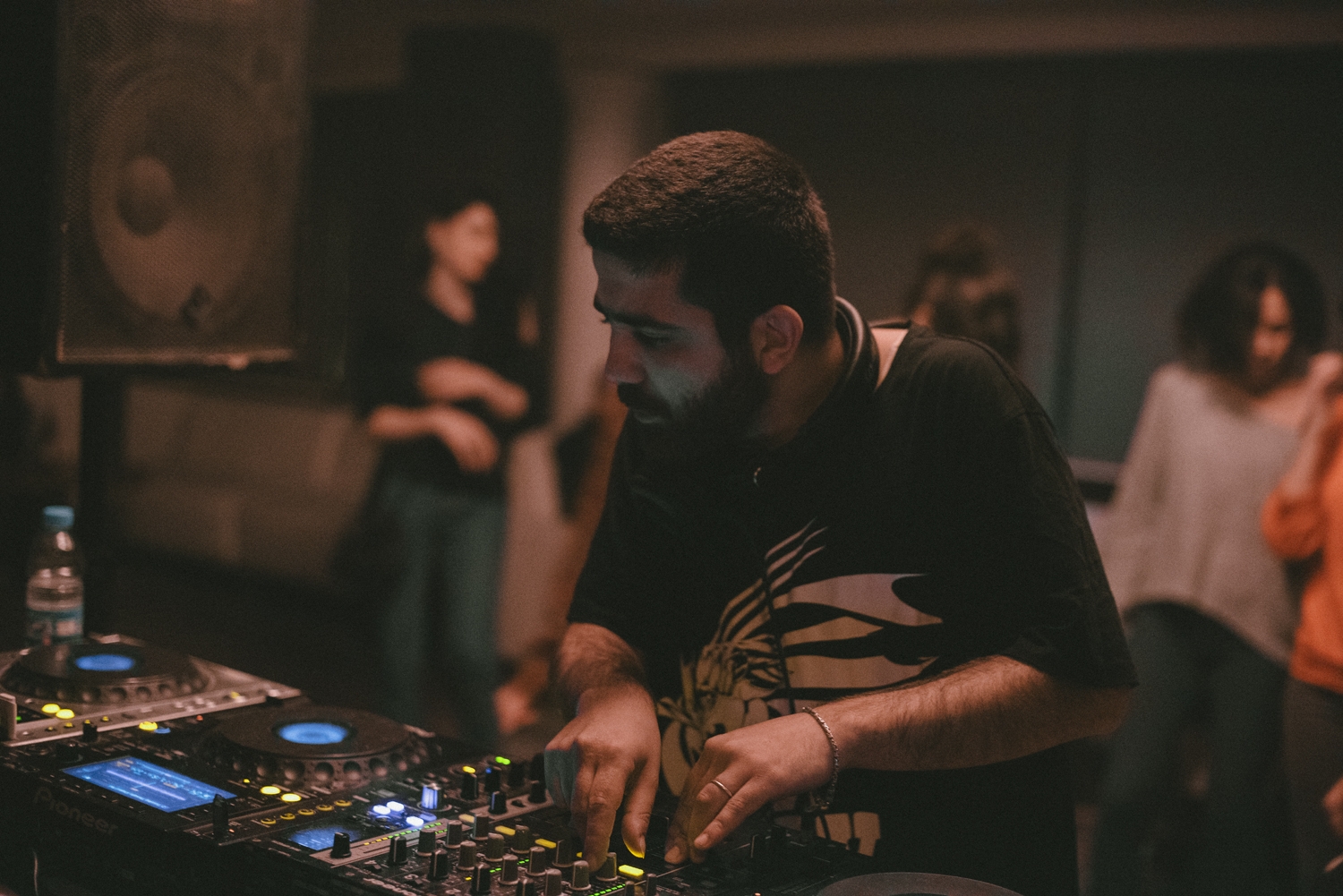 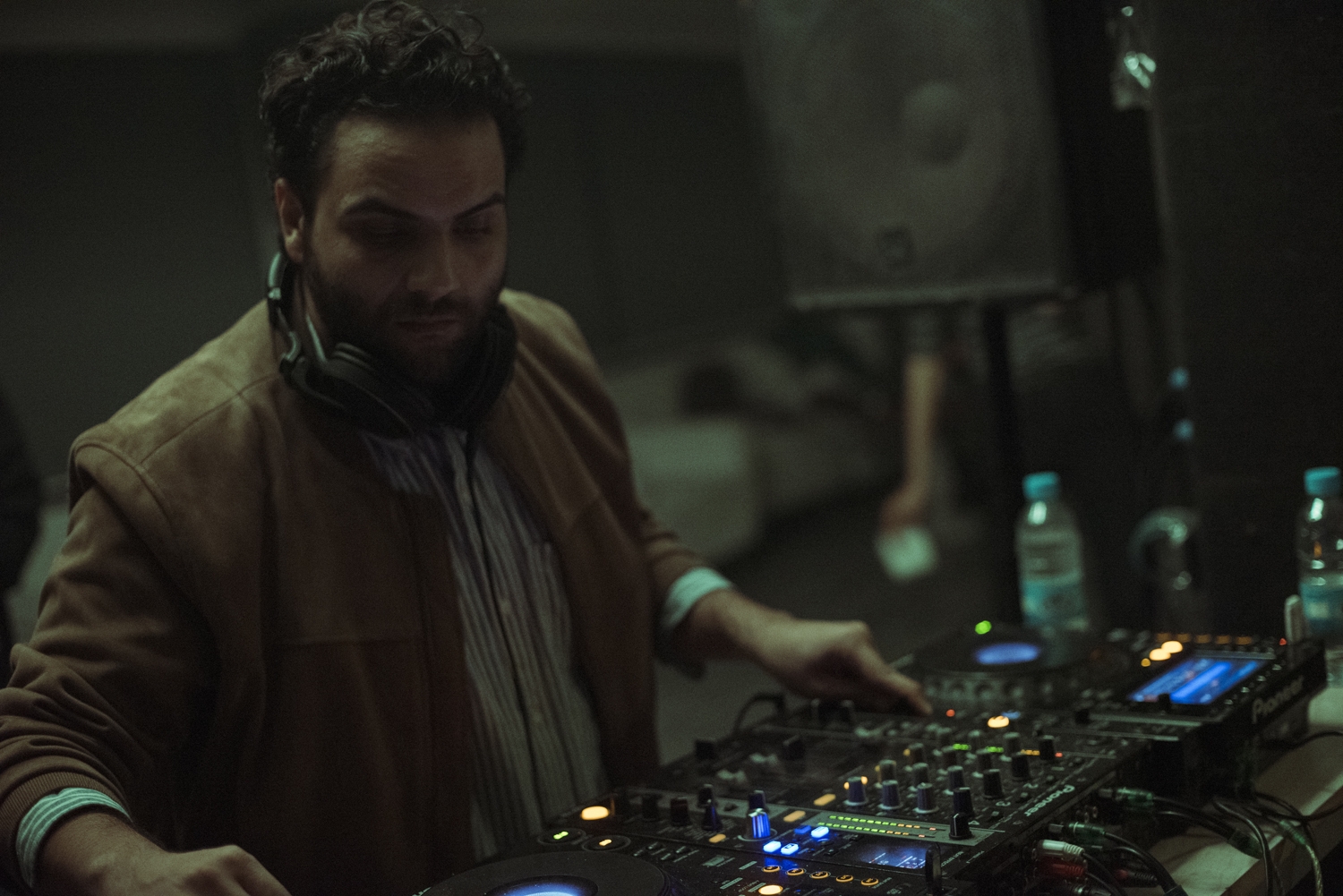 The dark atmosphere of war mirrored the music being made in the scene. People’s experiences of living in hardship influenced the sound during sets. A lot of the time, DJ sets would be deep and emotional.

“After more than 10 years of harsh war in Syria, it affected the artistic taste of Syrians in general and young people in particular,” Mahdi explains. “You’ll see this when you have a look at the artistic production from the last ten years and that includes all genres and themes from visual to performance arts in which the products became darker and in depth of the psychological situation we are facing. It attracted people to faster and darker music that could help discharge the psychological pressure after long days of shelling.”

The platform’s reach grew in different forms over the years across the country. A big part of that was providing upcoming artists and musicians with equipment and facilities to experiment with sound. People starting out were using different genres with traditional Syrian sounds to create a fusion. Kaled Bahnasi is one of those artists. He set up Ethnotronika as a platform to collaborate with other Syrian musicians to create an electronic psychedelic sound. The instrumentalist later relocated to the UAE where he continued his musical journey.

Through Underground House Syria, Saadé and Mahdi are opening up more opportunities for young and aspiring Syrian DJs and producers. Saadé has trained upcoming artists who now hold their own mini DIY events across the country. While the situation is still hard in Syria coupled with a global pandemic, the duo are still working hard to plan what’s next. They’re pretty sure they can put Syria on the map. 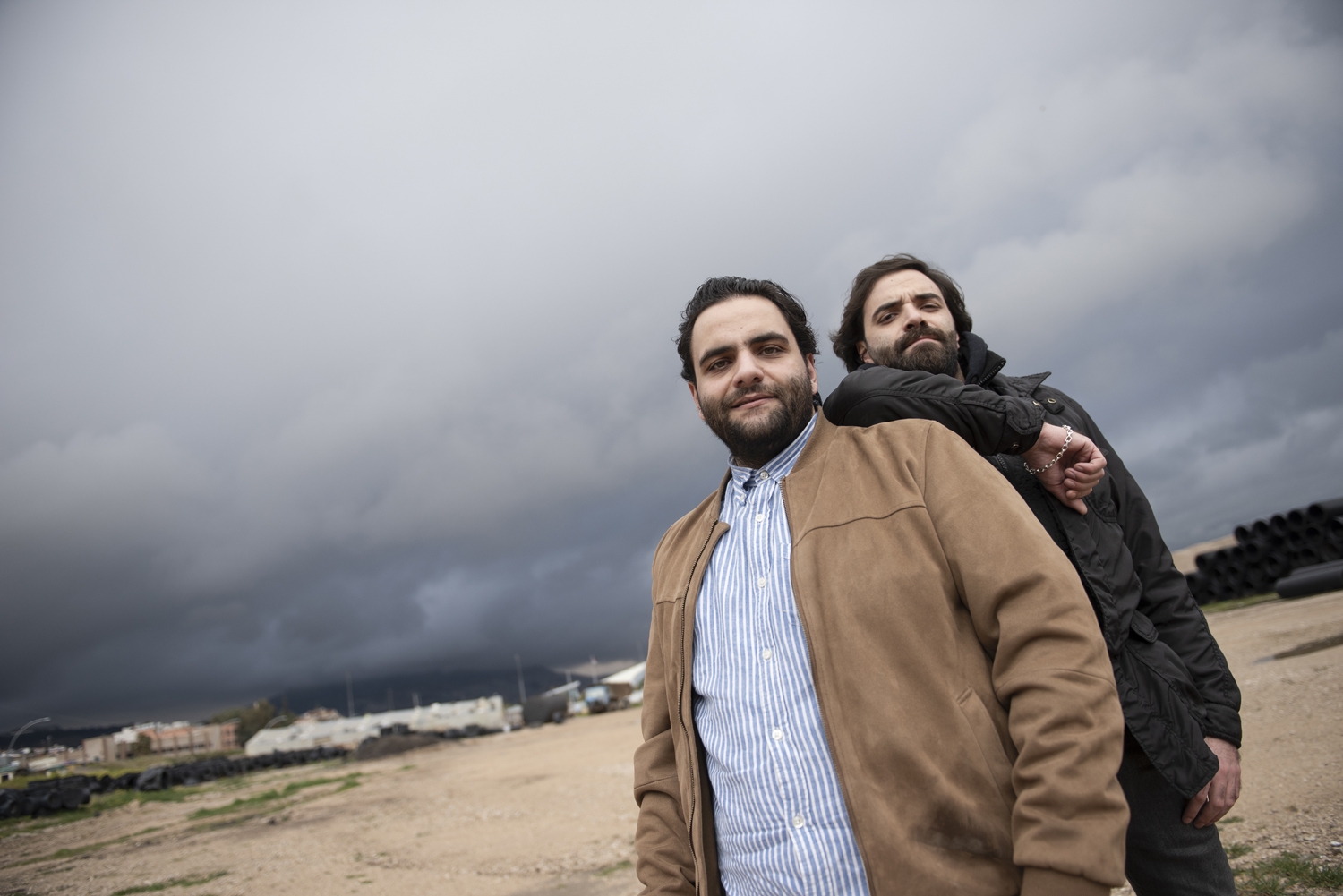