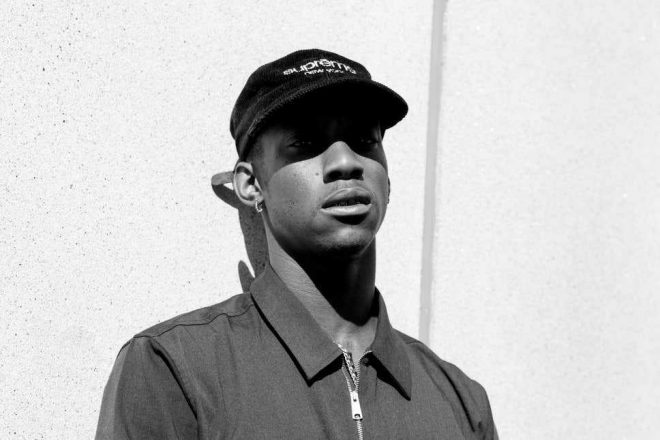 WARNING: This article includes accounts and imagery of domestic violence and may be distressing for some readers. Resources for support are listed at the end of this article

Octavian has been accused of “constant physical, verbal and psychological abuse” across a three year relationship by his ex-girlfriend, the musician known as Emo Baby.

She has shared multiple allegations in posts on her Instagram page, including the French-British rapper pressuring her to get an abortion when she became pregnant with his child and then physically assaulting her.

“After pressuring me to get an abortion, he attacked me for the first time, kicked me in my stomach, burst my lip, attacked me with a hammer and threatened to kill me. I was shortly later asked to sign an NDA in attempt to ‘gag’ me for 20k, which I didn’t sign,” she wrote.

She says from this attack up until she left him in April this year that “abuse became routine and was often prompted by his cocaine use”, adding: “I was frequently kicked, punched, strangled, and dragged out the house with my clothing or hair, he would smash furniture and threaten me with a bat, or attack me with other items like a screwdriver”.

She also called out the “enablers” surrounding Octavian, saying: “There are a series of grown adults who were witness to my abuse over the years, and not only allowed it to happen but sought to cover it up because of the privileges and lifestyle they were enabled by maintain Octavian’s image.”

The woman said she has filed a police report and is currently in a different country for her “own safety and well-being”.

She said she is sharing her story publicly now due to the impending release of Octavian’s new album, saying she does not want people looking up to him.

“I particularly do not want young girls to listen to the dark music he makes to celebrate his abuse,” she wrote, going on to reference Octavian’s track ‘My Head’ which she says is about violently killing her.

Lyrics in the track include “Been thinkin' 'bout killing you, baby / Grab the gun on my right, push them good thoughts to the sideway”.

In an interview with DJ Semtex for Spotify’s Who We Be Talks podcast (at around the 25:44 mark), Octavian discusses the track, saying: “I was breaking up with my girl, my girl was in the studio… I was writing these lyrics. Everything on that track is about a moment. It’s very basic, innit, it’s like exactly what was happening in that time. All these dark thoughts I had in my head, I was just putting it into my song.”

In a carousel post on Instagram the woman also shared photos of bruises and cuts, and in videos saved on her Instagram story highlights section, she has posted a video she says shows Octavian attacking her, in which a woman can be heard crying and pleading and a man can be heard saying “You’re fucking disrespecting the shit out of me”.

In the final video in the reel, Octavian can be seen saying: “I’ll beat the shit out of you because you’re a fucking cunt, and you won’t get out of my house”.

The woman has also shared private Instagram DM and text conversations with Octavian calling them “gaslighting and manipulation”.

Guardian reports Octavian’s publicists Pattern Publicity have severed ties with the writing, saying in a statement: “After these allegations have come to light, we have stopped all work with Octavian as we cannot condone, nor support, abusive behaviour.” Technique PR previously resigned from working with Octavian in September 2020 in the wake of abuse allegations against the rapper.

putting these here in case anyone reading about the octavian case needs them pic.twitter.com/GWy3R5EfeL

You can read Emo Baby's posts below.

LOOK AT MY INSTAGRAM STORIES HIGHLIGHT FOR THE VIDEOS- PLEASE SHARE - HES TRYING TO SILENCE ME - My post has been removed after reports to Instagram from representatives of Octavian. I’m now being threatened from various mediums in attempts to silence me. On his Instagram he’s still taunting. I will not be silenced. I appreciate everyone support 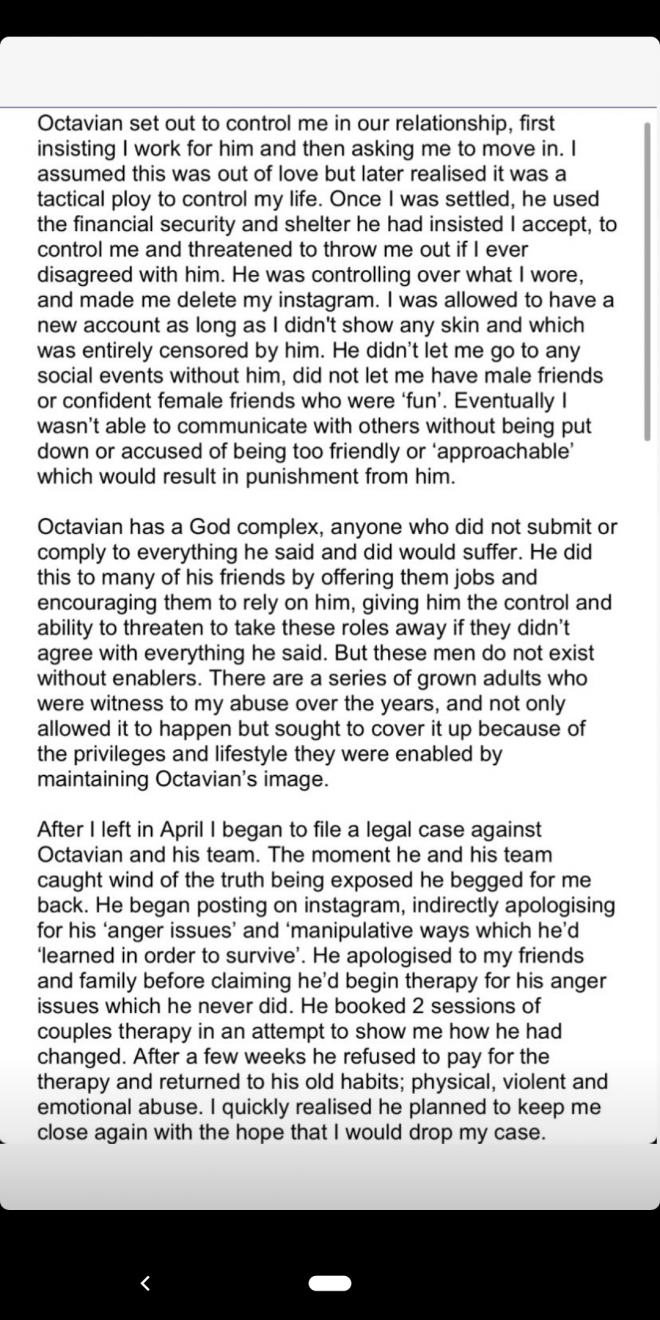 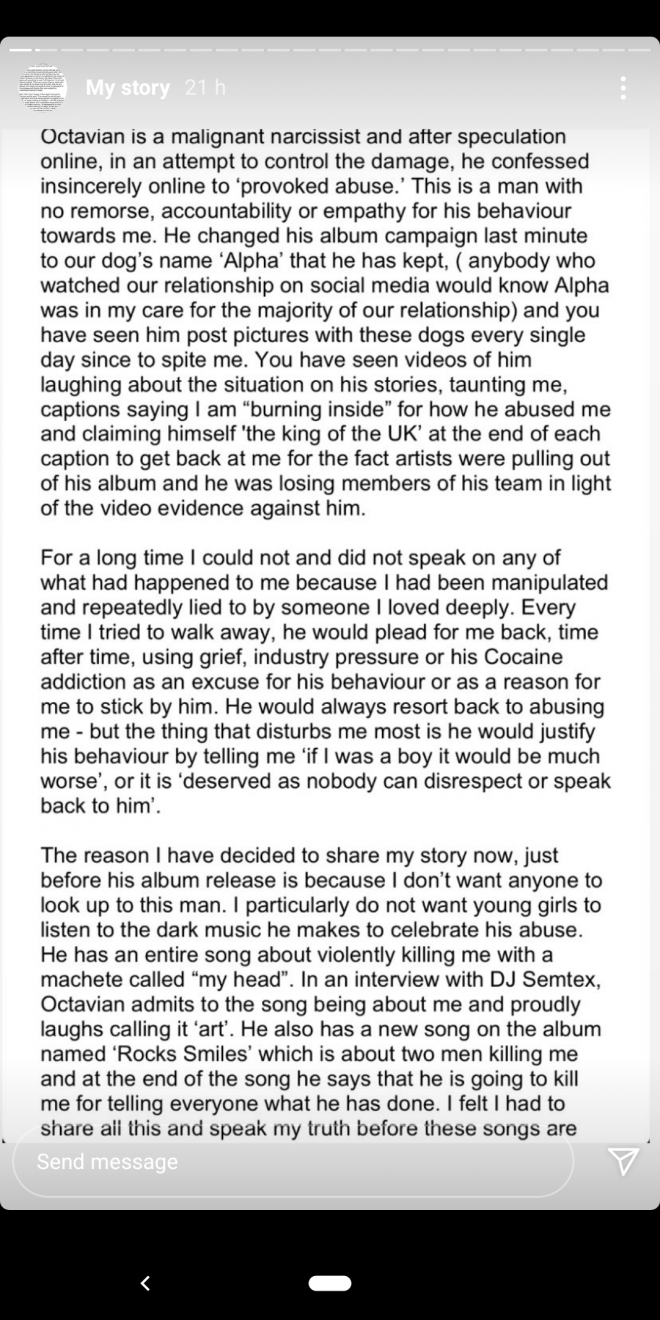 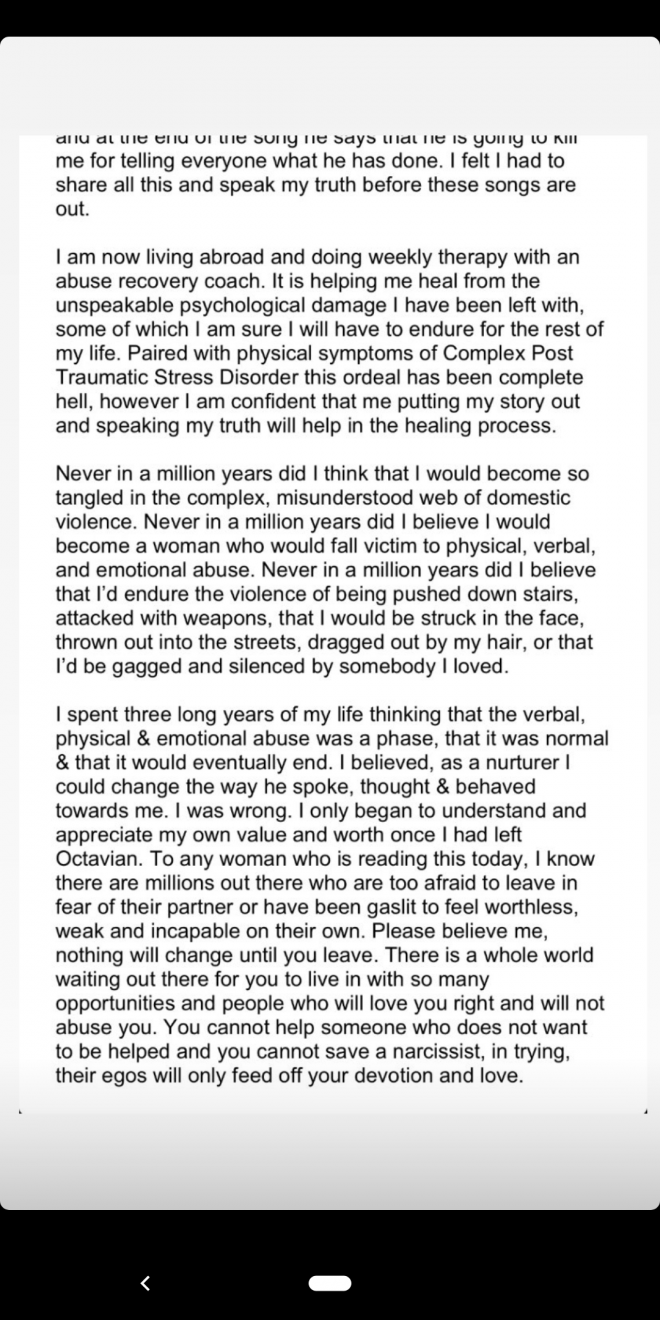 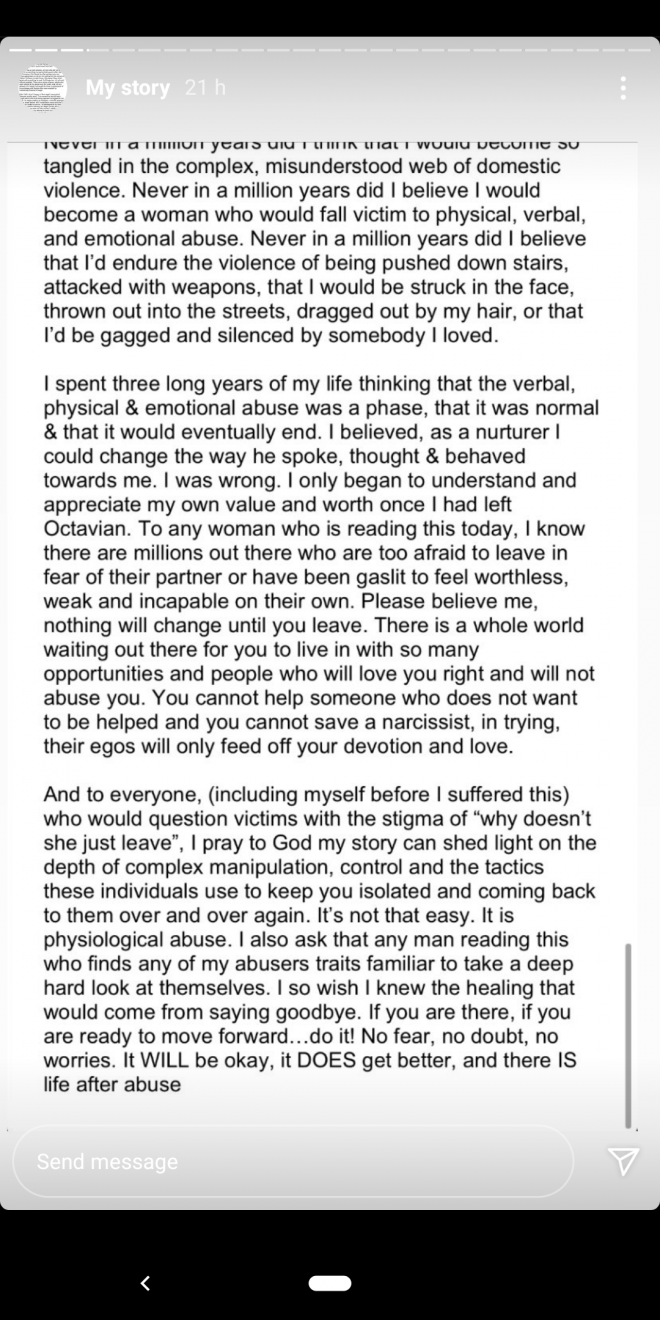 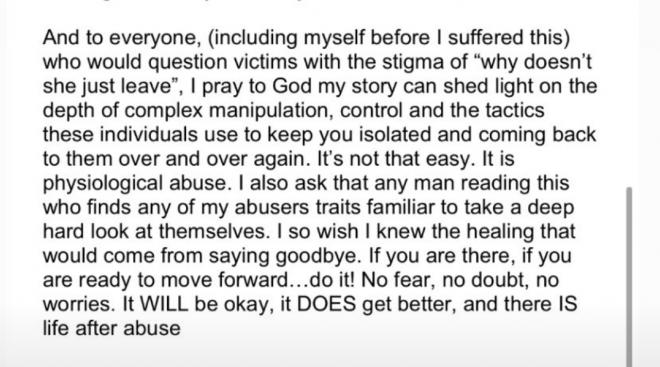