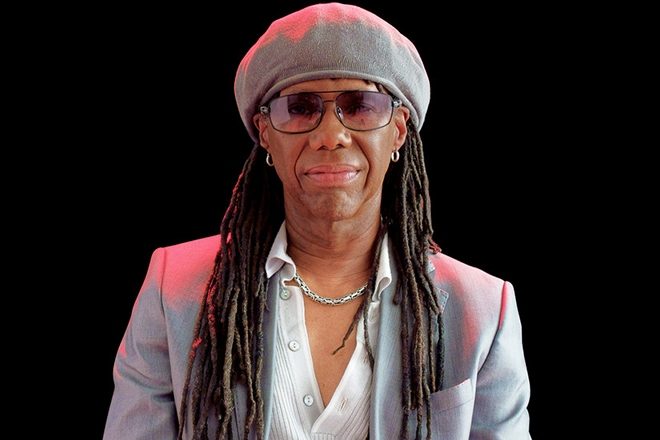 Ahead of his performance in Knoxville, Tennessee with his iconic group Chic, the legendary Nile Rodgers sat down with the Knoxville News Sentinel for an intimate and musically learned interview.

Discussing his star-studded encounters with some of the most important people in the world of music, Rodgers explains how he's overcome his health issues and kept himself active on stage for decades.

"We just smoke," says Rodgers. "And I don’t mean weed or anything like that. We just play our hearts out. We are, by and large, a pretty healthy group of people because we’ve seen it all. We’ve lost so many friends. I cannot tell you the horror stories of all the friends of mine who have died. I am just lucky. I never said that I beat cancer. I said that I’m a cancer survivor. My doctors helped me beat it and the only thing I think I did was have a good, positive attitude."

Now a quarter of a century sober, Rodgers goes into detail about his sobriety and the fateful night that made him quit drinking and drugs forever. Even though he's survived cancer twice and once "died eight times in one night" when doctors had to restart his heart, Rodgers admits the thing that made him quit was not being afraid for his health, but rather a moment of "embarrassment".

"I can remember the last night I drank like it was yesterday," says Rodgers. "I was going to Madonna’s party — around her 38th birthday. Madonna is a little younger than me, and I remember going there and it was just a typical night for me... I played with this guy who was a musical genius, and I remember his crowd going crazy because I was doing all these tricks because I was high. I was playing behind my back like Hendrix, playing with my teeth and all those tricks I learned as a kid because I could do it easy as pie. The crowd was going bananas. I thought that because the crowd loved it, I was killing it. The next day, the guy who recorded it played it for me. I realized I let down all those wonderful geniuses who taught me how to express myself on guitar. I felt so embarrassed that I let those people down I never drank or drugged again. I never had one relapse, nothing. I checked myself in rehab for eight months."

Now 66-years-old, Nile Rodgers continues to rock the stage with an enthusiasm that is remarkable. Having missed only two gigs in his life since he was 19-years-old, the musical mastermind walks us through his commitment to stage performance and how he approaches each show.

"I say this with complete humility: Every song we play we play for the people. We don’t play for ourselves," Rodgers explains. "The reason we get satisfaction is because of the trickle-down effect of the people being so happy that it makes us (happy). Every song we play, you will know. It’s everything from Chic to Diana Ross to Sister Sledge to Bowie sometimes to INXS. Sometimes we play Duran Duran. I perform as a conductor or leader of a band almost as a DJ would. I have to read the crowd. Our set list may have three hours’ worth of music, but half the time you’ll see me calling out stuff."

Nile Rodgers ends the interview with an articulate and stirring thought about his sonic trade: "People celebrate with music, because it’s the medium of happiness. It can also portray sadness. … Music can change your emotions. It can talk to you. As Harry Belafonte once said, 'Artists are the gatekeepers of truth'. And music tells the truth."