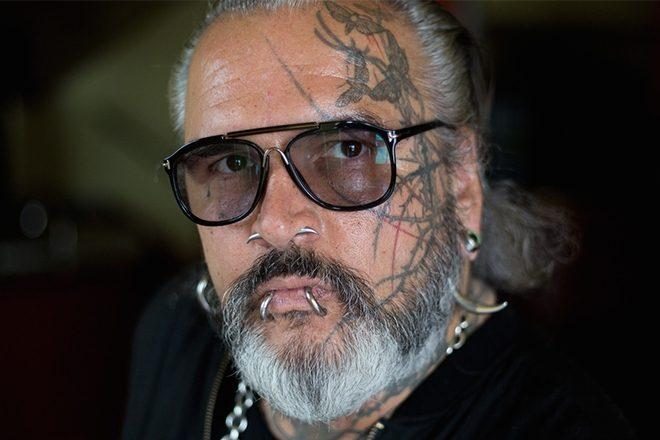 Sven Marquardt, the clubland sentry who watches over the door of Berlin's legendary nightclub, Berghain, was given a taste of his own medicine at a nightclub in Sydney earlier this month.

In addition to being the world's most famous bouncer, the East Berlin native is also an accomplished photographer who has exhibited his work in numerous locations around the world. Traveling to Australia to showcase his art at Goethe-Institut in Sydney, Sven Marquardt decided to hit the town after his gallery showing.

Finding himself in line at a nightclub later that night, Marquardt was denied entry because the club's bouncers found his facial tattoos to be too off-putting and suspicious. "Later I talked to the owner and he told me that he was in Berlin and was allowed into Berghain," said Marquardt during an interview with BZ Berlin.

An eye for an eye, a bounce for a bounce.

Earlier this month, Marquardt successfully sued the Swedish company Beware Of Ninja for €15,000 after they used his likeness without consent in their Berghain-inspired card game, Bergnein. Learn more here

Having trouble getting past Sven? Here are 28 tips on how to get past the bouncers at Berghain.