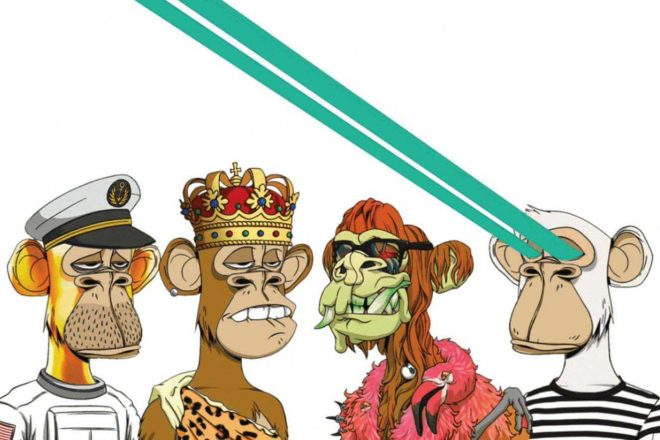 Universal Music has just announced the launch of their next project - an NFT band made entirely of cartoon apes.

Kingship, the name of the new band, is the product of Universal and Bored Ape Yacht Club, an NFT group describing itself as “a limited NFT collection where the token itself doubles as your membership to a swamp club for apes,” which can be entered by anyone.

The group will be Universal’s first signing to their sub-imprint, 10:22pm, previously described as a “next-gen Web3 label” by its founder and prior Sony exec, Celine Joshua.

The NFT project will be joining Metaverse, Facebook’s new realm, and will also perform and become part of video games and VR experiences.

The virtual apes are due to be reconstructed into 3D animated figures by their animators, which includes a Mutant Ape, and three BAYC characters including Golden Fur and Bluebeam Apes. The Golden Ape is said to be worth $300,000.

Kingship was also visualised by Jimmy McNeils, a leading NFT collector under the name ‘j1mmy.eth’, who will supply the virtual apes for this project. “This deal is a leading example of how powerful commercial rights are for collectable NFT projects and their collectors,” he said.

Read this next: Photographs from Studio 54's heyday have been sold as NFTs for charity

Bored Ape Yacht Club has also teamed up with Timbaland on another NFT project building “a new entertainment service in the metaverse”, and launched a new company, Ape-In Productions.

“Each member of the group has their own story and personality that influences and contributes to KINGSHIP’s overall narrative,” Joshua said on the project.

“We’re literally inventing what’s possible in real-time. Just as we would with any artist or creator, my team and I will work with KINGSHIP to sharpen their vision and develop their unique sound.”