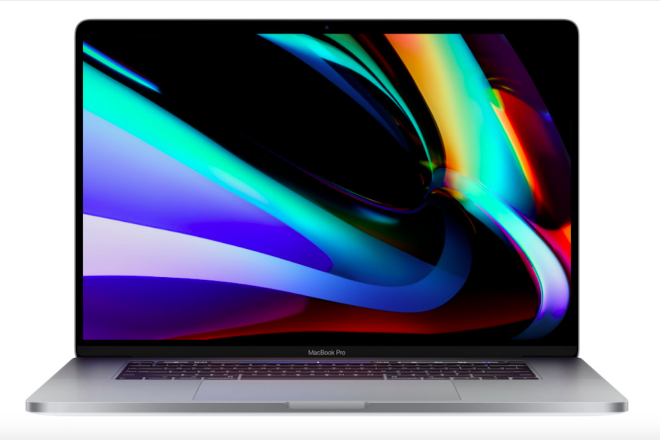 The latest version of Apple's 16-inch Macbook Pro has officially been revealed.

The most anticipated update is the switch from a "butterfly" style keyboard to a "scissor-switch" style for a more reliable, stable and quiet design. The new keyboard has also reintroduced the physical "esc" key which had previously been booted when the touch bar was introduced. However, the touch bar is here to stay, even further including a fingerprint sensor.

Read this next: Apple Music has launched a new analytics tool for artists

Now including an AMD Radeon Pro 5000M graphics card, the most powerful graphics card in a Macbook Pro, as well as 8GB of VRAM, the device will have smoother game play and faster effects in design applications. With the option of a 6 core i7 or 8 core 9th generation processor, Logic will work twice as fast and Photoshop editing will be 4.3x faster with the 64GB laptop.

Read this next: Apple announces the retirement of iTunes

The sound is also infinitely better too, featuring a 6 speaker sound system and force cancelling woofers to send the bass half an octave deeper. Other intriguing specs include a high resolution retina display, up to 64GB of memory, a 28% increase in vent air flow and an 100 watt battery (the largest ever).

You can order the new Macbook Pro on Apple's website now.