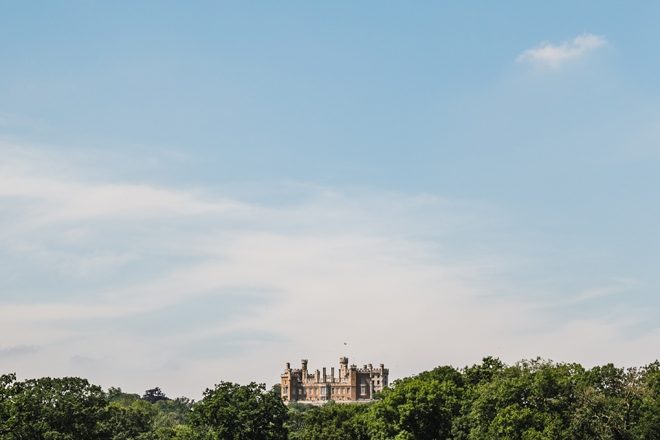 Kingdom, the new festival from the producers of Gala, has announced its line-up.

Bringing together the worlds of architecture, music and design, Kingdom will take place at Belvoir Castle this July and will feature 4 stages which will be designed in collaborations between artists and architects.

The Hilltop Stage, will be designed and curated by Turner-Prize winning public space architects Assemble and South-London’s Rhythm Section. Label-head Bradley Zero will be joined by Auntie Flo, Awesome Tapes from Africa, CC:DISCO! and Shanti Celeste.

Read this next: DJ Harvey: "I'm not a disco DJ"

IF_DO, the studio behind the Dulwich Pavilion project, joins up with Spiritland, to create a venue with “design, experience and sustainable transformation front-of-mind.” This stage will host Beautiful Swimmers, Heidi Lawden b2b Lovefingers and Maurice Fulton alongside Spiritland residents. Spiritland will also play host to a series of talks and workshops, to be announced soon.

At the Forrest Stage, Daniel Avery will team up with Heleen Blanken, who was a resident visual artist of legendary, gone-but-not-forgotten Netherlands club Trouw. They will bring an industrial audio-visual experience exploring the darker sides of nature. Artists include Peach, Midland, Prosumer, Yu Su, and Gerd Janson.

Read this next: Ways dance music got more ethical this decade 2010-2019

There will also be live performances at the Valley Stage which features music and design from Total Refreshment Centre and Kingdom Design Residents. There will be performances from Jordan Rakei, Joe-Armon Jones, Emma-Jean Thackray and Nabihah Iqbal. As well as being headlined by Nightmares On Wax, performing the seminal Smokers Delight album in full, with a 14-piece orchestra, in celebration of the record’s 25th Anniversary.