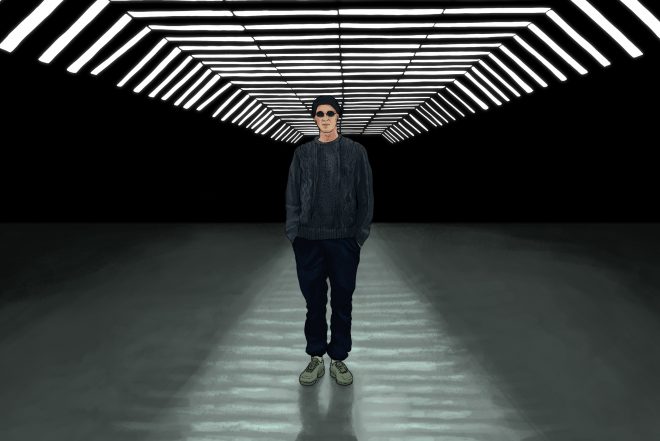 He announced the release this week at his Club Coil party in East London. Ahead of his midnight set, a hand-animated video trailer was projected onto a wall at the venue, offering attendees their first glimpse into the surprise project. Fans were also treated to the project’s first chapter – a colourful progressive club cut titled ‘Evaporate’ which encompasses many of Murlo's distinctive production traits.

The album will land via Murlo’s Coil Records imprint early next year, and follows up a lengthy slew of EPs, remixes, live projects and even an exhibition shared by the highly innovative artist.

This year alone Coil Records has released material from the likes of Sharda, Bassboy, S-Type, Conducta and of course Murlo.

Tune into lead track ‘Evaporate’ and check out Murlo’s ‘Dolos’ LP trailer below.