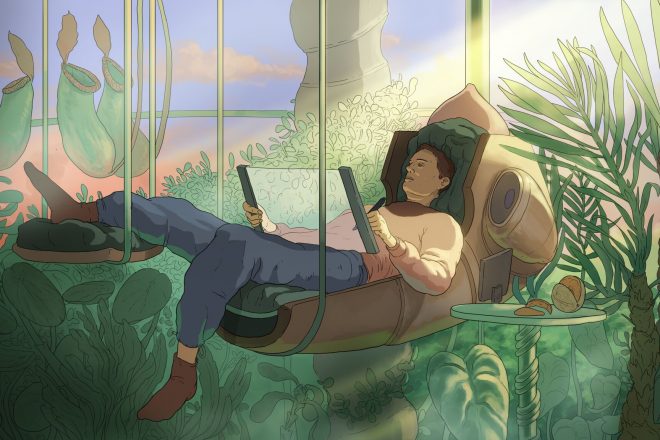 Producer, visual artist and all-round creative talent Murlo is bringing his artistic works to life next month with a new four-day exhibition titled The Murlo Collection.

Debuting in London, the exhibition will offer up a visual timeline of the Manchester-based club talent’s work to date, with record sleeves, event flyers, sketches and Murlo’s signature animated pieces on display as well as artistic offerings designed for Murlo’s Coil Records imprint.

To join the retrospective work, a brand new series titled Biolife will also be featured. Described in a press release as, “A visual exploration of the imagined environments in which his music exists,” Biolife is set to explore themes such as robots, mythology and nature.

Presented by Red Bull, The Murlo Collection is open to the public from September 6-9 at Studio 9294 in East London. The exhibition will launch with a private viewing and live Q&A with Murlo on September 5.

The opening party on September 5 is RSVP only. To sign-up for a chance to attend and for more event details take a look here, and check out Murlo’s Mixmag Gold profile here.