Mike Skinner: "I have to get creative or I get suicidal or something" - News - Mixmag
Home Latest News Menu 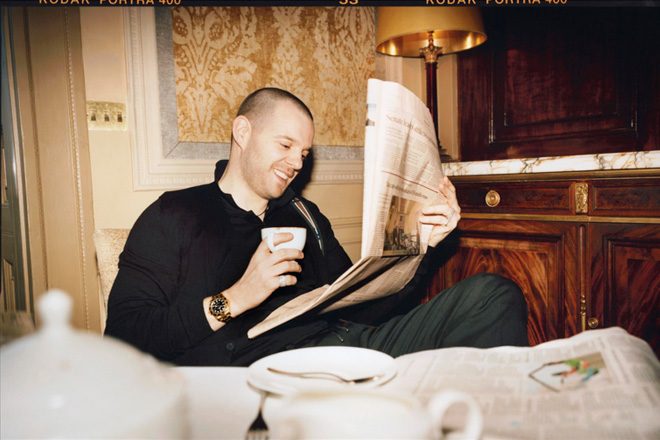 Mike Skinner put The Streets to bed in 2011 with the album 'Computers and Blues', opting to DJ and throw the Tonga parties up until now.

Then he announced a comeback tour in October last year, before reviving the project properly with 'Burn Bridges' and 'Sometimes I Hate My Friends More Than My Enemies'. Now we know some of the reasons for bringing The Streets back to life thanks to a new interview.

Speaking to Mr Porter, Skinner said: "I have to be creative or I get suicidal or something."

He also referred to Dizzee Rascal's shows performing game-changing album 'Boy In Da Corner' in 2016 as an inspiration.

“There were a few things that Dizzee [Rascal] said when he did the big Red Bull gigs. He said at one point, ‘I know this means a lot to you,’ and it felt like it was his way of saying, ‘But I’ve moved on.’ And I totally get that. I’m gonna celebrate the past.”

He's also working on a film at the moment, titled The Darker The Shadow, The Brighter The Light, saying it'll be a Streets musical, similar to US show Dawson's Creek.

The Streets' sold-out reunion tour in the UK kicks off on April 19 in Birmingham and finishes on April 27 at O2 Academy Brixton.

Watch Mike Skinner play for us and The Evolution of The Streets below.