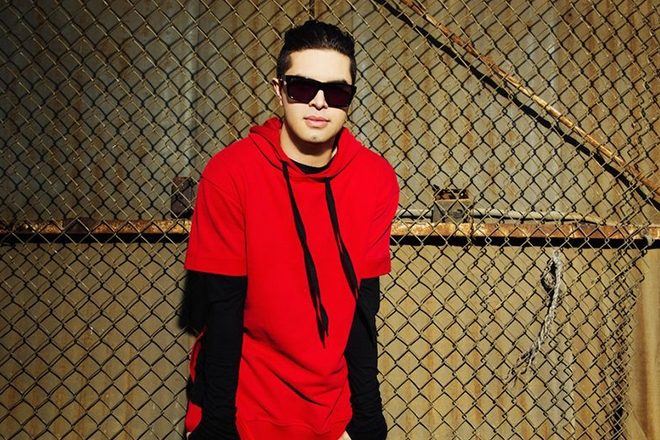 EDM and dubstep artist Datsik is at the center of multiple sexual misconduct accusations that came to light on social media earlier today.

Two Twitter accounts posted several screen captures of conversations where individuals shared chilling tales of the artist encouraging women to take drugs on his tour bus, forcing himself on reluctant fans. One comment details someone's experience who was allegedly "so drunk she couldn't recall her own name" who was left by the artist on the hood of a car alone and inebriated.

Following the accusations, users began to dig up old offensive Tweets from Datsik's official account that made light of rape. (The Tweets have since been deleted.)

yall i have to delete my original tweet due to a request for privacy, here it is for the 3rd time! pls RT pic.twitter.com/WHnxXI9ptN 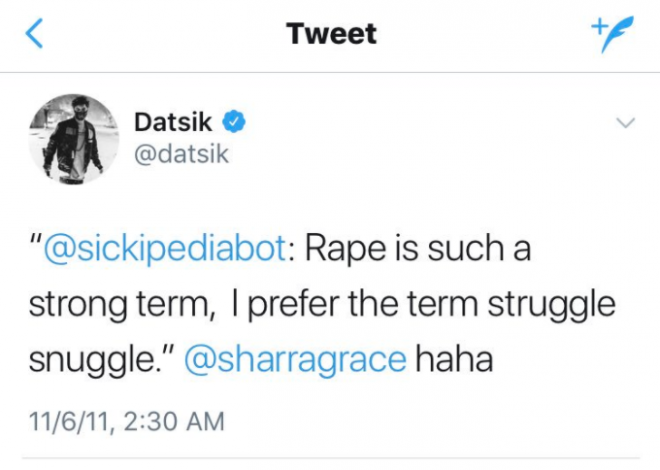 Additionally, another user pointed out a "joke" from Datsik and his team that involved writing the world 'TULSA' on backstage passes handed out to fans who were invited after shows, which was meant to be derogatory, reading out "a slut" when read in a mirror.

Datsik responded with a statement via his Twitter following the allegations, claiming that he “is a vibe reader” and that he would “never take advantage of anyone”. Read his full statement below. He also claims that the 'TULSA' backstage passes were created by “a fucking tool on tour” and that he later “fired him”.