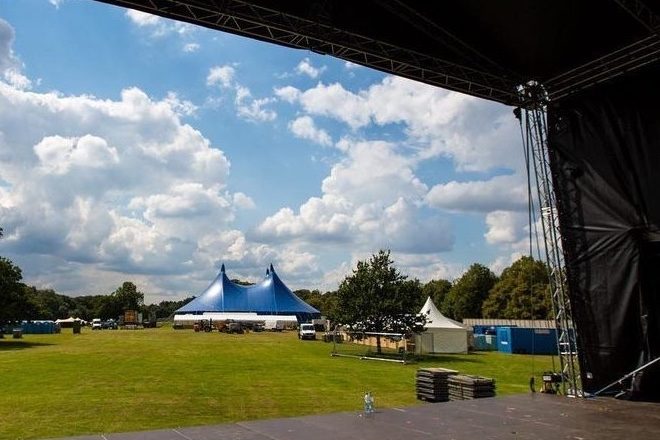 After its inaugural event last weekend, London’s Metrofest has been likened to Fyre Festival.

The one-day, 15,000-capacity event in Trent Park was set to be the first of its kind, featuring the “finest R&B and hip-hop talent,” according to organisers.

Artists such as Fat Joe, Blackstreet and Eve were on the festival’s lineup, but half of the headline acts failed to show to the August 8 gig.

Read this next: Festival fiasco: poorly organised events are putting you at risk

Eve, the rapper and big name on the 2000s pop and hip-hop scene, announced that she had cancelled her show earlier that week, though many Metrofest attendees claim they weren't aware that she would not be performing.

Fatman Scoop was also set to perform throughout the festival, yet the MC is said to have arrived on stage hours late. Mya, Blackstreet, and Tony Touch failed to turn up.

According to the Daily Mail’s report, fans were only admitted at 12:30PM despite the doors being advertised as opening at 11:AM.

Read this next: Review: "It feels like we never left!" - GALA was a festival worth waiting for

Furthermore, attendees have reported feeling left in the dark due to a lack of information around COVID-19 testing and the cashless wristband system.

By operating a cashless festival, organisers required ticket-holders to load their wristbands with funds in order to pay for food and drinks on site. Metrofest proposed that this would improve the speed of service and reduce queues. However, attendees have complained about the lack of options to "cash-out" or have unspent money reimbursed.

With guests paying up to £74.50 for a ticket, a number have reached out to Skiddle, the ticket retailer used by Metrofest, to request a refund.

What a joke. Paid all this money to basically watch DJs in the mud. Run me back my money #Metrofest

#CapitalXTRA #metrofest not only was it a shambles, daylight robbery for what we got, false advertising for the lack of headliners, it was downright dangerous towards the end and now we can't cashout! How can you stay quiet? Capital xtra got anything to say?

Metrofest released a statement after the event, denying any wrongdoing and insisting it followed the correct COVID-19 protocol.

"Unfortunately, due to circumstances beyond our control, Blackstreet and Mya, who were scheduled to appear on the main stage, refused to perform at Metrofest for their loyal fans who bought tickets for the event. It is also very disappointing that Blackstreet have since released an 18-minute video on their social media accounts, containing false accusations in an attempt to shift the blame onto the Metrofest team."

"Blackstreet and Mya were fully paid for their set at the festival but refused to leave their hotel, citing that their PCR test results were unavailable. We can categorically confirm that the documentation was sent to both artists. This is part of the same documentation provided by us for them to gain entry into the UK. We have fulfilled all of our contractual obligations and completely refute the false allegations in the video. We are appalled by this unprofessional behaviour which in turn resulted in a string of hold-ups."

"Due to all of the above factors, including unseasonal weather and unforeseen artist travel logistics contributed to the late running of the festival. Metrofest, as per TFL regulations, closed the perimeters of Trent Country Park, this affected traffic and delayed performers appearing as scheduled for the festival. Metrofest sincerely apologises for the show's late-running, which led to Bobby V’s set time being cut short."

Read this next: UK festival organiser calls for attendees to require vaccination

"To address the situation surrounding ticket holders that were refused entry due to late arrival, unfortunately, ticket holders were not allowed entrance after 5:PM due to our license. This was communicated in our T&C’s to ticket holders in advance. As a result, we obtained authorisation and closed the doors at 6:PM, giving everyone an extra hour."

The festival has said that due to a technical issue there was a 7-hour delay on August 9 to cash-out wristbands, and have as a result extended the deadline to cash out until midnight on Monday, August 16.

If you are struggling to cash out your wristband from Metrofest you can head to their cash out portal here.