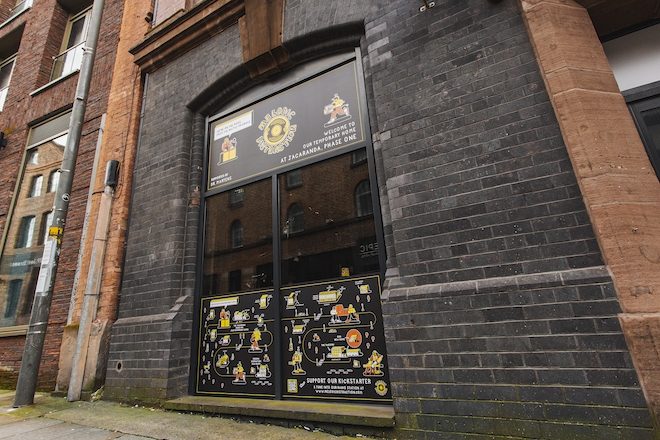 Liverpool-based independent community radio station Melodic Distraction have partnered with Dr. Martens to launch a fundraising campaign to cover the cost of relocating to their new studio.

Earlier in October, it was announced that Melodic Distraction would have to move out of their studio in Liverpool’s Baltic Triangle district due to property development.

They have now secured a temporary studio for three months in the Jacaranda: Phase One venue to reduce ongoing risks of Covid-19.

Melodic Distraction have a fundraising goal of £35k, launched this week, to help cover the costs of moving into their new permanent home, which they hope to make out of shipping containers.

The new Melodic Distraction studio will house the radio station above and a community-focused coffee shop below. It will be situated in the courtyard of the Tapestry building in Liverpool’s Fabric District. Coronavirus-permitting, there are plans to host events in the new space once it opens.

Read this next: A guide to Blackout week

Funds raised by the campaign will be put towards the purchase of two shipping containers, the work required to equip them with wifi and electricity, setting up the studio and coffee shop, and ensuring the site is secure for broadcasting and to be opened up to the public.

Dr. Martens has committed to supporting the station’s current fundraising efforts, but also to future ones. This will be the first project backed through the Dr. Martens Presents platform, which is a new initiative that works with local creatives to maintain grassroots scenes. 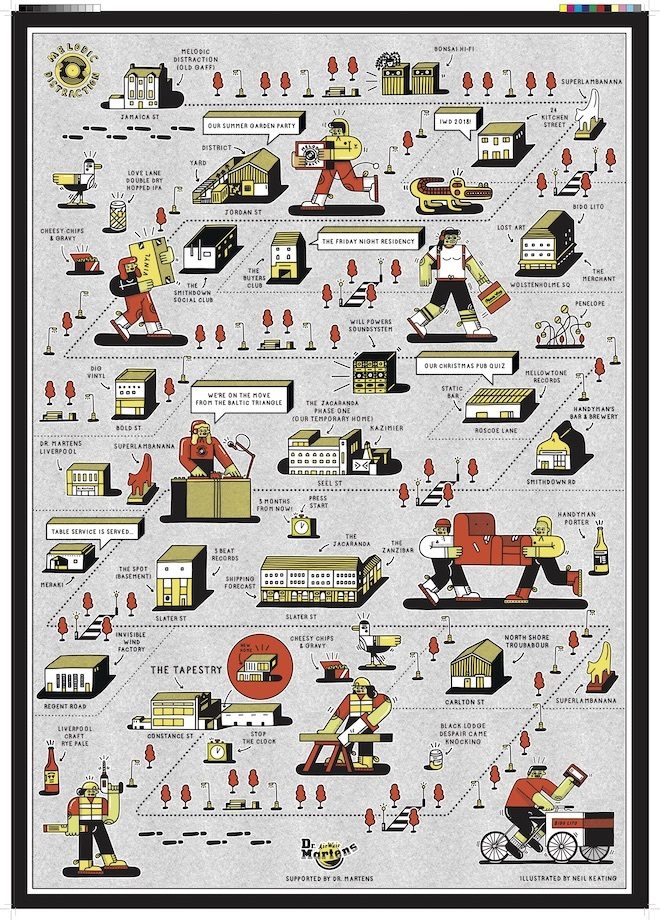