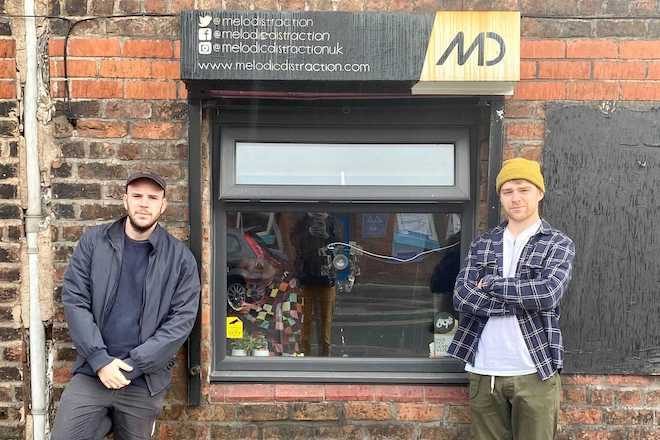 Melodic Distraction, an independent radio station based in Liverpool, have lost their current studio space in the Baltic Triangle. They’ve resided there since 2017.

According to a press release sent out, the landlord is planning to sell the land that the studio is on to a buyer for redevelopment: ‘Though unsold, the chance of a buyer is high. As such, Melodic Distraction hang in the precarious balance of only ever being offered very short lease extensions.’

Allegedly unable to come to an agreement with the landlord, Melodic Distraction, run by James Zaremba and Josh Aitman [pictured], are looking for a new studio space from which to broadcast. The press release says that ‘Melodic Distraction have decided to move on, and focus their time and attention on local radio, broader plans, their hosts and community of listeners. They are endeavouring to quickly find a new location rather than fighting to stay for tiny incremental slivers of time in their current studio.’

While looking for a new studio space, Melodic Distraction have stressed that ‘all their radio output will categorically continue.’

Melodic Distraction have been putting on events in Liverpool since 2015, and started broadcasting as an independent radio station in 2017.

Over the years, they have hosted guest shows from Loyle Carner, Mr Scruff, Yousef, Scuba and Jayda G, and have had residencies from Crazy P, Reedale Rise and ASOK.