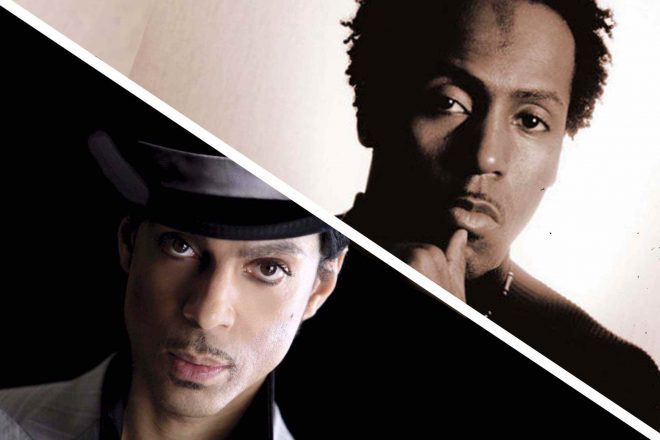 Lil Louis has posted a story on Facebook about the time he and Prince had a staring competition on their first encounter.

For Prince’s birthday on Monday, Lil Louis - real name Marvin Burns - recounted: “Prince came out. I said, 'Nice to meet you.' He said, 'Yeah,' then his eyes just locked in on me, and I’m like WTF, then we started staring each other down,” he starts in the post.

The pair first met through an executive who had signed the likes of D’Angelo and Gary Harris, and was on the quest to have them both produce actress Kim Basinger’s forthcoming album. The executive arranged for them to meet at Prince’s private estate, Paisley Park.

“We stared at each other it seemed for like four hours, and in that time, I decided I’d rather die than flinch. So it turned into me representing Chicago, him Minneapolis,” he continues, remembering the intense first encounter.

“Prince flinched slightly, and I fucking won... then he walked away. We kept staring at each other intensely until he disappeared from view. And in my mind I’m like fuck you Prince, even though you a bad mothafucka! And in his eyes, I saw a few fuck yous for me too."

The jokey story received a lot of love and hundreds of comments on Facebook, posted yesterday in memory of the late icon. Prince would have celebrated his 63rd birthday on Monday, just over five years since his passing.

Despite the pair’s close connection, Lil Louis claims that he has always kept his and Prince’s relationship private. The Chicago DJ has promised a part two to the story on Prince’s 64th birthday, “June 7, 2022. For now, Happy birthday Prince. Love.”