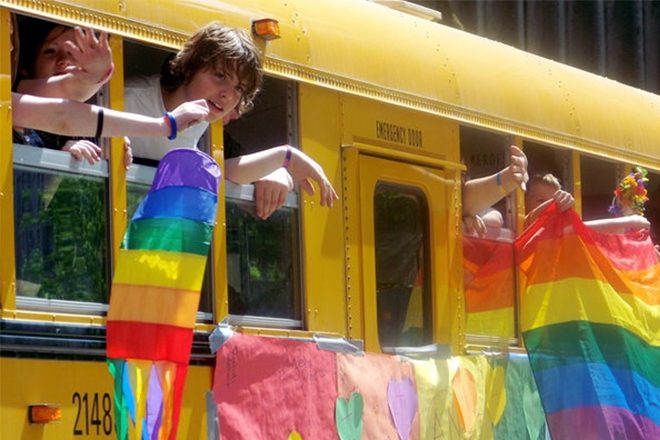 Illinois Governor J.B. Pritzker has signed a new bill into law that will ensure that an LGBTQ history curriculum will be taught in public school throughout the state. The bill is scheduled to go into effect in July 2020.

House Bill 246 was sponsored by State Representative Anna Moeller and Senator Heather Steans, who said in a statement that the new course will "not only teach an accurate version of history but also promote acceptance of the LGBTQ community."

The bill states: "In public schools only, the teaching of history shall include a study of the roles and contributions of lesbian, gay, bisexual, and transgender people in the history of this country and this State."

The states largest LGBTQ civil rights advocacy organization, Equality Illinois, praised the passing of the new bill, saying the educational program can have a "positive effect on students' self-image and make their peers more accepting."

With Chicago being the spiritual birthplace of house music, Mixmag hopes that this encouraging and much-needed curriculum will take steps to inform students about the critical role house music and disco played in soundtracking the fight for civil rights in LGBTQ, latino and black communities in the city since the late '70s. Places like Ron Hardy's Music Box and Robert Williams' members-only gay club, The Warehouse (where Frankie Knuckles resided over the decks), were essential meeting grounds for key cultural exchanges and gay rights advocacy in Chicago.

Hear 16 PRIDE mixes from J. Worra, UNIIQ3, Kittens and more
Hot Mix 5: The story of house in Chicago
Chicago's throwing street parties to reinforce its legacy as the home of house music
Get the best of Mixmag direct to your Facebook DMs