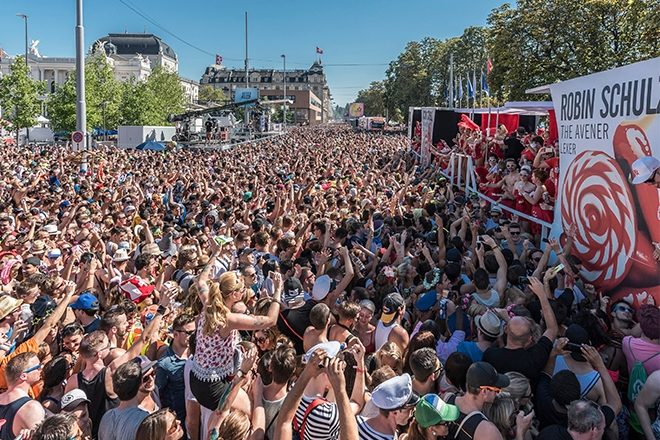 A 31-year-old German man was arrested in connection with planting a backpack filled with what Swiss authorities are calling "fake pipe bombs" at Zürich's massive street parade on Saturday, August 10.

The annual dance music festival, which boasts the accolade of "world's largest techno party," attracted around 850,000 visitors in the Swiss city this year. The suspicious orange backpack was found and secured by Zürich City Police during the event on Saturday. Following forensic analysis of the imitation bombs and "complex and intense investigations" on Sunday morning, the gathered information led authorities to their suspected culprit - a German citizen living in the canton of Aargau.

"The motive for the construction of these bomb dummies and the dumping of the backpack at the street parade is the subject of further investigations," said Rebecca Tilen of the Cantonal Zürich Police in a statement. Police have concluded that "there is no ideological background for the action" and say they have still not found an explanation for why the bombs had been built and placed near the festival in the first place.

12 love-filled photos from one of the world's largest techno parties
Techno culture in Zürich now considered part of UNESCO's 'intangible cultural heritage'
Love Parade '92: The sound of family
Get the best of Mixmag direct to your Facebook DMs