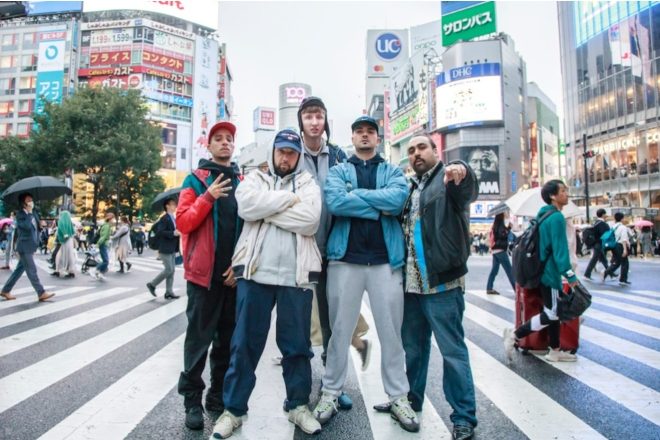 The first official trailer for the Kurupt FM crew’s new film, People Just Do Nothing: Big In Japan, has been released.

Set for release on August 18, the film will follow the UK garage crew on their adventures around Japan after finding out that their song has been used on a Japanese TV show.

Read this next: 11 photos that prove Kurupt FM are certified fashion icons

Over two years since the fifth and final season of People Just Do Nothing aired on the BBC, Kurupt FM are returning to the screen with some familiar faces. Big In Japan is directed by Jack Clough, who previously worked on the original series and shows such as Skins.

The film synopsis reads: “Since the end of their pirate radio station, life has been quiet for the Kurupt FM boys, but everything is about to change. Chabuddy G steps excitedly back into his management role as Grindah, Beats, Steves and Decoy begin their journey to international stardom... But is Japan really ready for Kurupt FM?"

“Craig David is a living legend and I think I speak for him when I say that we are too. This is the collaboration that summer 2021 needed and it was only right that we stepped up and provided the vibes. You’re welcome.” says MC Grindah speaking on the track.

Watch the trailer for People Just Do Nothing: Big In Japan below.