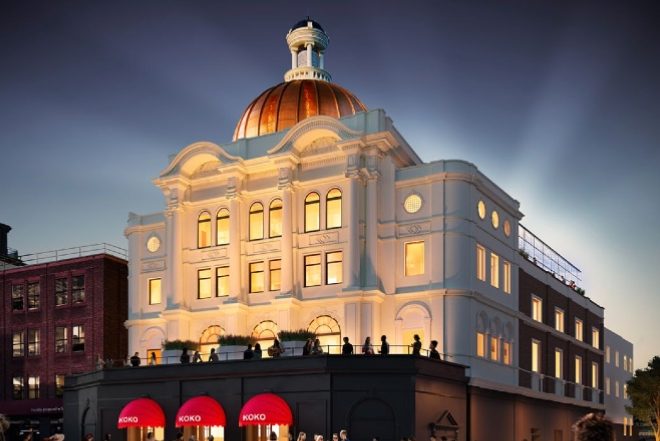 KOKO London is set to return to London following a dramatic restoration after several years of closure.

After three years of building and repair after facing an array of obstacles such as a raging fire, massive water damage, and a worldwide pandemic- KOKO London is reopening its doors to visitors again in 2022.

Read this next: London nightlife venues are facing a shortage of door staff

The institution announced the reopening on Twitter, simply writing “the new KOKO”.

“We reopen next Spring, after being beautifully restored and transformed into an architecturally unique venue with multiple performance spaces.”

Welcome to the new KOKO; designed to capture everything London culture is about. We reopen next Spring, after being beautifully restored and transformed into an architecturally unique venue with multiple performances spaces. Sign up to hear more https://t.co/ggdiwUZ06U pic.twitter.com/EOD7DfEMvx

The institution has a 120-year history in music and arts - it was originally a 19th-century theatre.

Read this next: A step back in time with the world's most iconic venues

The new project is being launched in collaboration with SISTER, an independent production company known for films like Chernobyl and upcoming films like This Is Going to Hurt.

Alongside the reopening of KOKO’s iconic venue, they are also launching a radio station soon which will “help to break new and emerging artists”.

The £70 million investment includes substantial repair of the water-damaged theatre and burned copper dome, as well as a state-of-the-art reconstruction of the new project in collaboration with English Heritage.

An immersive new "Fly Tower venue" and gallery (the vast volume of space above the stage) will be unveiled at the centre of the restoration, which was a surprise discovery during the three-year planning process.

Read this next: When the music's over: see what your favourite club looks like with no one inside it

The venue is favourite of the likes of Kanye West, Madonna and Dua Lipa.

Milestone performances for KOKO London include Iron Maiden, Madonna’s first UK show, Prince's return to the UK after a decade-long hiatus, an album launch from the Red Hot Chili Peppers and a surprise Kanye concert with Skepta and Vic Mensa.

To find out more about the launch and stay up to date with when events will be available, visit their website here.