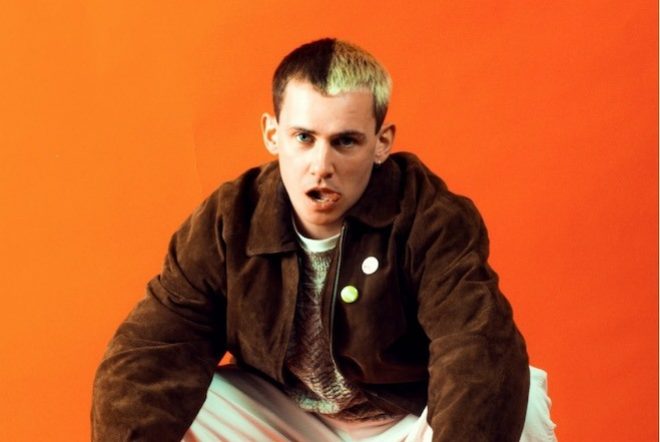 Dublin rapper Kojaque this week announced the release of his debut album ‘Town’s Dead’. It will be released on June 25 via his own Soft Boy Records label via [PIAS].

On the title track, Kojaque ponders gentrification in Dublin, toxic masculinity and ways to distract yourself from the draining reality of living in a capitalist system—all over a frenetic, vaguely blissful instrumental.

Read this next: Hands in the Éire: 10 Irish rap and R’n’B artists you need to check out

‘Town’s Dead’ was written in Kojaque’s bedroom and on tour buses; he first started writing the album when he was just 19. The end result is a 16-track concept album that documents a love triangle unfolding over a New Year’s Eve celebration. It includes features from Maverick Sabre and Celia Tiab.

In the press release, Kojaque has given an extensive statement on the album: “‘Town’s Dead’ comes from the potential that I see in Dublin and in the people I’m surrounded by day in and day out. There’s nothing but talent and ambition among young people. I’m constantly reminded of that through the art and music that I see being made but I think so often the city grinds you down, it takes your hope and your ambition. I know that it can change because so many of my friends express the same wants, desires and frustrations with living in Ireland.

Read this next: Dublin’s club scene is firing again after years of closures

“If so many of us are on the same page then I know that things can change, there just needs to be some sort of catalyst to kick start that change and for me, that’s always been art and music. The title track and the album is a fight against what can sometimes feel inevitable, it’s a rejection of what people tell you is your destiny as a young person in the city. Town’s not dead, it's just dormant.”

Kojaque has previously supported slowthai and Lana Del Rey on tour. The news of ‘Town’s Dead’ follows on from his previous single ‘No Hands’ was released in February.

Listen to the title track and check out the tracklist for ‘Town’s Dead’ below.