Despite St Patrick’s Day being a week away, a young lad in a green top hat and ginger wig combo still manages to get up on stage and dive back into a receptive crowd, surfing above them as Bicep fuel the frenzy with their infectious remix of Isaac Tichauer’s ‘Another Level’. This is the closing time chaos at a capacity-crowded District 8 – Dublin’s largest space for night-time nonsense and a venue spearheading something of a renaissance in the capital’s club scene.

With the Celtic Tiger wounded by the 2008 recession, people in its biggest city inevitably began going out less – and promoters found it increasingly hard to keep nights and venues running. In 2012, the Pod trio of venues under one roof closed after 20 years, leaving the almost two million people in the greater Dublin area with no big places to have a dance.

The city retreated into pop-ups and renegade afterparties, but things started looking up again the following year with the reinvention of several old spaces seemingly within a few months of each other: The Opium Rooms (previously The Village), Button Factory (which was the Temple Bar Music Centre) and then District 8, the ground floor of the Tivoli theatre, in 2014. 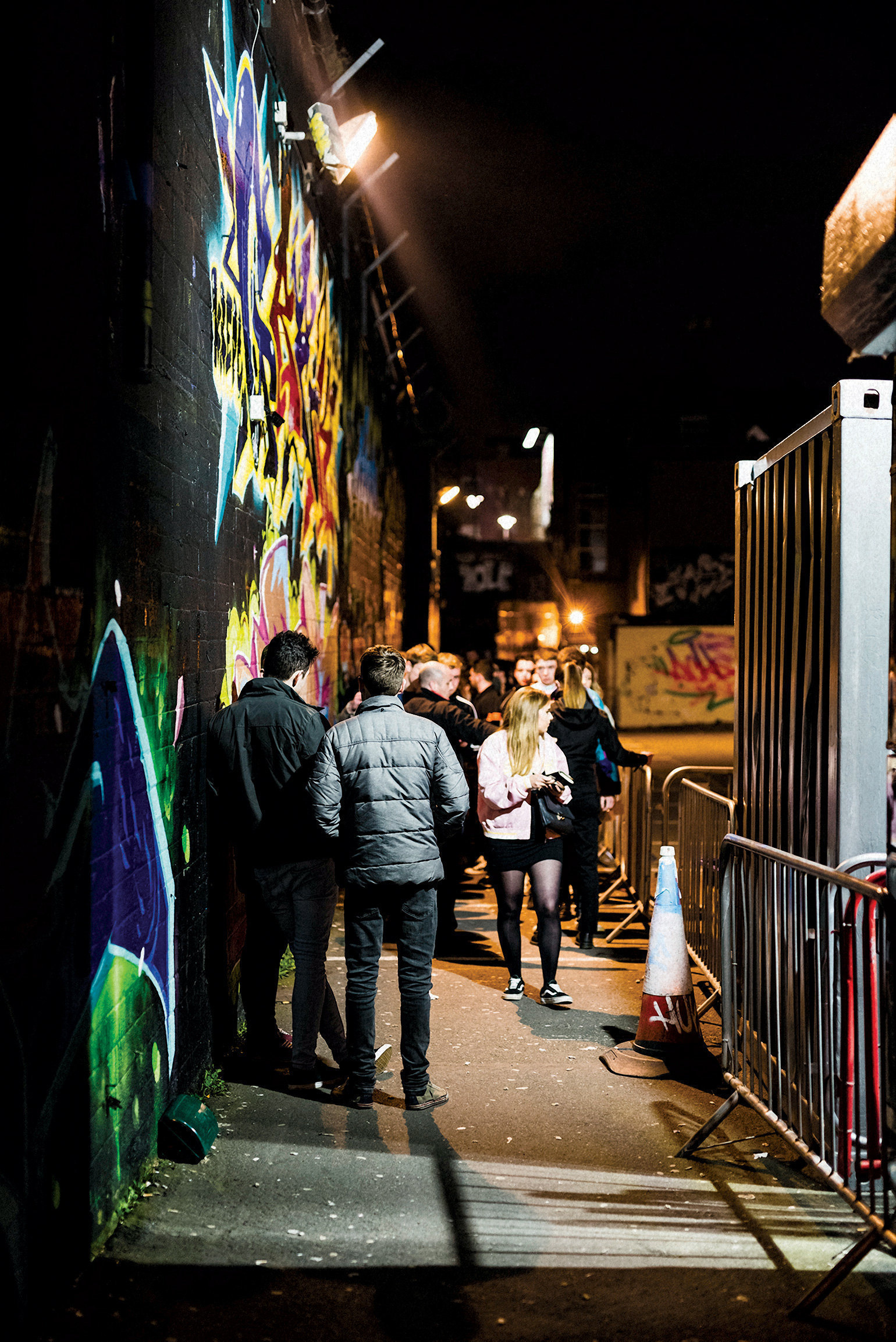 The city took another hit in 2015, when the death of an 18-year-old girl in the legendary club Twisted Pepper, blamed on ecstasy, led to its demise. Owners Bodytonic reopened the venue later that year as WigWam, with much less of a focus on dance music. But a shift towards bigger venues and bigger names was already underway.

Martin Smyth, lead promoter and director of the company that runs District 8, says things changed almost overnight. “Quite quickly we put our stamp down, saying this is the big room with good lighting installation, great sound from a Funktion-One system, and people coming to dance to big acts.

“At the start we were quite protective about who we booked; we wanted to be uber cool, Dublin’s answer to Berghain, but we realised that wasn’t going to work week in, week out. We still book the likes of Ben Klock, but now we’ve got, say, Gorgon City the next night. It’s about providing that space and experience, regardless of what your musical taste or age is; there’ll be a thousand people there losing their shit.”

Tonight it’s a predominantly young crowd losing their shit to Belfast’s trio of talent – Rory Hamilton, aka Hammer, and the Bicep boys, Andy Ferguson and Matt McBriar – making Dublin the second stop of a March tour round the Emerald Isle. Support comes from local resident DJ Deece, who reckons the scene is in a healthy state right now, though there’s still only room for a couple of big clubs in the city.

“District 8 is filling that role very well at the moment, with Opium Rooms not too far behind,” he says. “There are quite a few smaller places around the four to six-hundred capacity mark that are thriving too. Wah Wah, WigWam and Index are good examples.”

“There’s perhaps been too much reliance on big-name bookings in Dublin, but I think that as the number of people getting in to house and techno grows, that is dwindling,” says Deece, or Niall D’Arcy to his mum. “There’s quite a few collectives running fun (and busy) parties with just residents, or more underground international bookings now.” 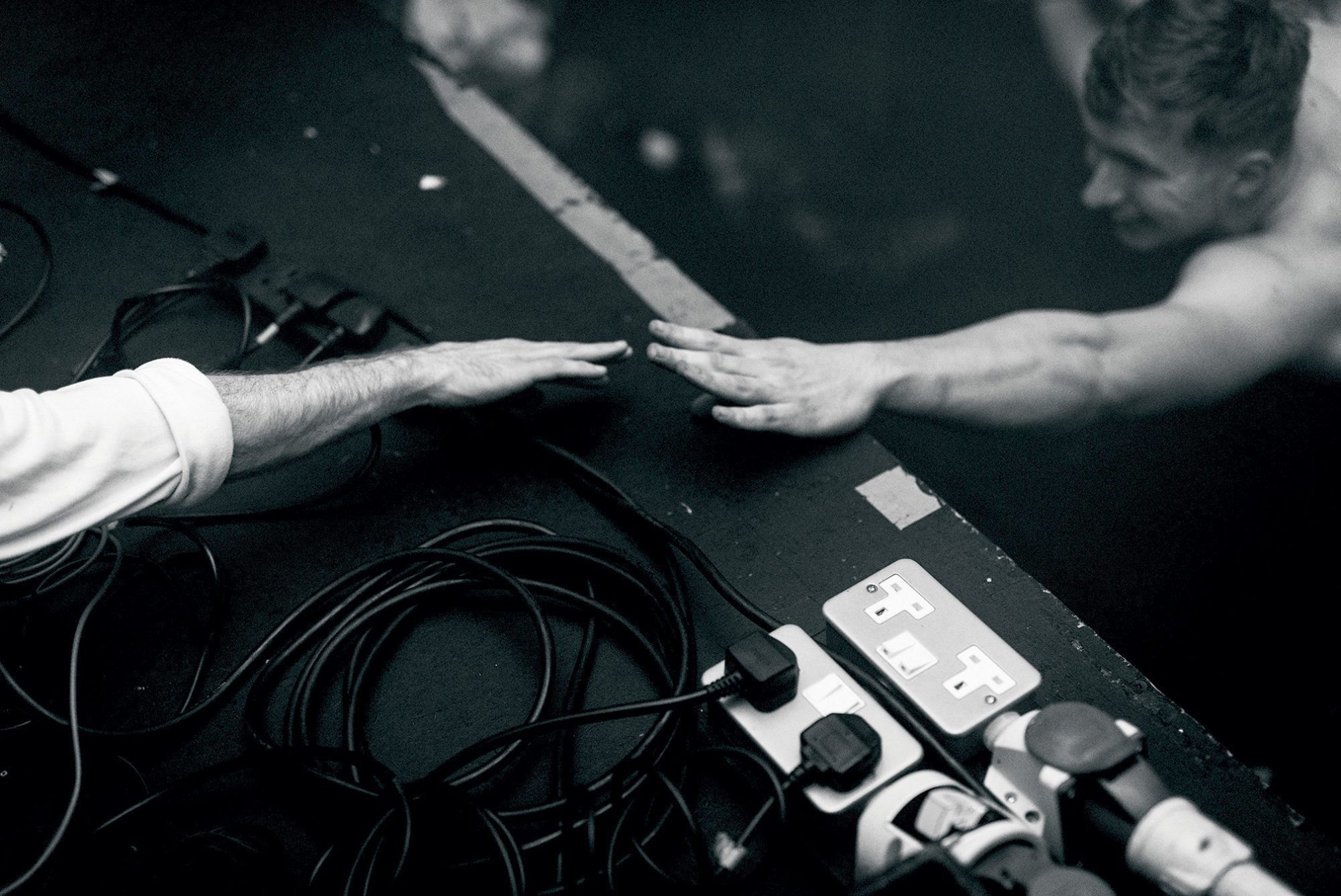 While giving Mixmag a lift to and from the airport, Dave McGown tells us that Dublin’s punters and promoters have always been split by age and genre. “For as long as I can remember – and I’ve been going out to clubs and raves since I was 18 – certain groups will only go to certain clubs. So Index [a Void-powered 500-capacity venue by the River Liffey] opened a few weeks ago, and while it was rammed, a lot of people still haven’t even heard of it.”

Just as things appear to be thriving, though, a storm is brewing on the horizon. At the turn of the year, plans were submitted for an ‘aparthotel’ to be built on the site of District 8, while another dance-focused venue, Hangar, will also make way for a hotel and is currently seeing out a stay of execution until next April. Smyth doesn’t seem too worried by the clouds forming over District 8, pointing out that it could be years before decisions are made by the council; but it goes to show just how transient the infrastructure supporting nightlife really is. 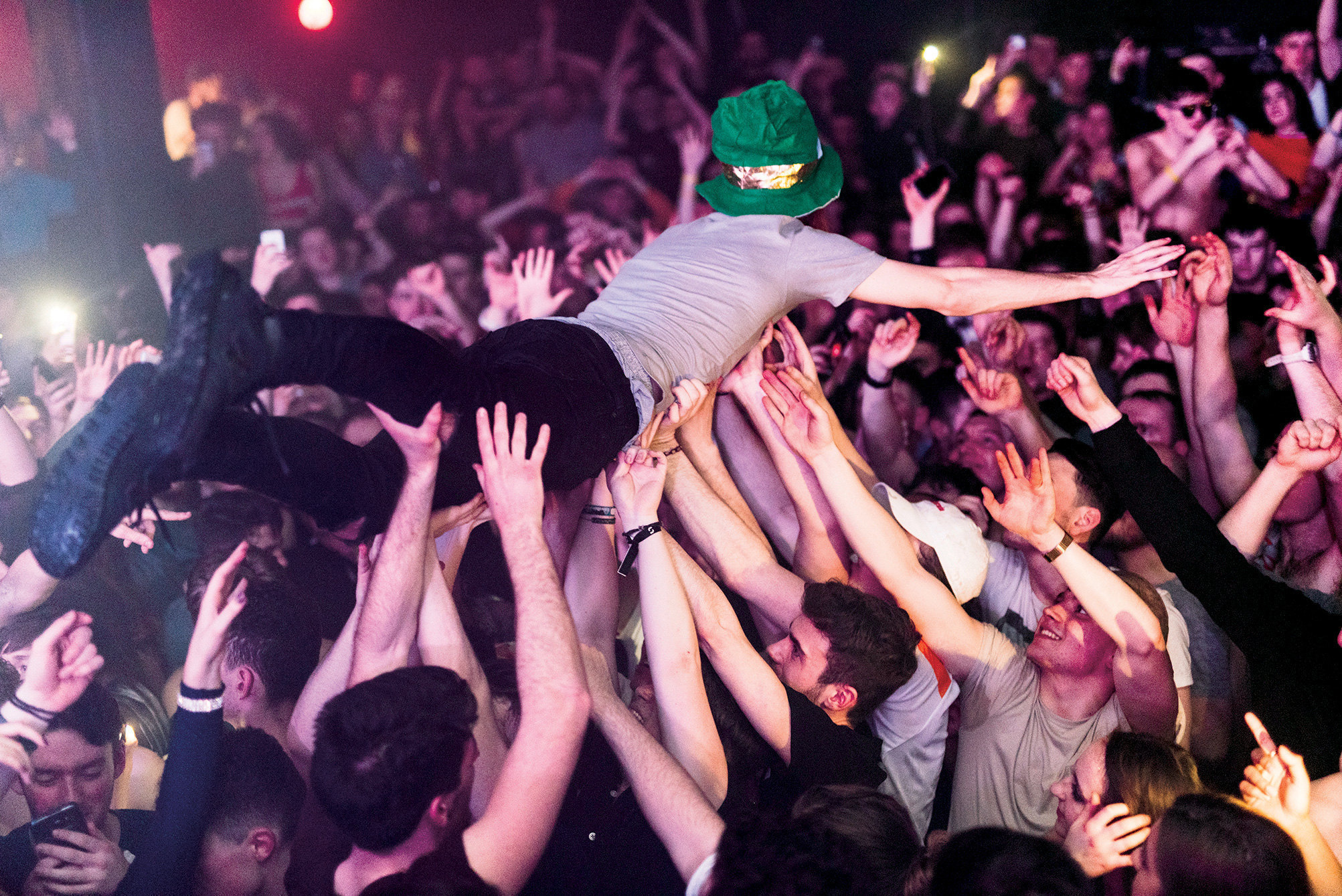 Inside District 8’s slightly shabby renovated theatre it feels like this could be driving the dancefloor’s delirious abandon, but more likely it’s down to Hammer smashing his recently-released ‘Canna’ as a set-ender and handing over to the bloggers-turned-producers-turned-remixers-turned live act. Bicep are just using the CDJs tonight, but that gives them the freedom to swing from the bouncing grooves of DJ Gregory’s ‘Attend 1’ to the muscular techno of ‘Looking Back’ by Reflec, before shifting up to crowd-pleasers like the VW20 mix of Vince Watson’s ‘Bubbles’ and ‘Oasis’ by sHoop.

After the show the duo are positive about the city’s direction. “It’s really great to have somewhere like District 8 consistently putting on the line-ups they do. We’ve been playing there for few years and seen quite a few clubs come and go, but the mad crowds have always stayed the same.” In Ireland, some things never change.