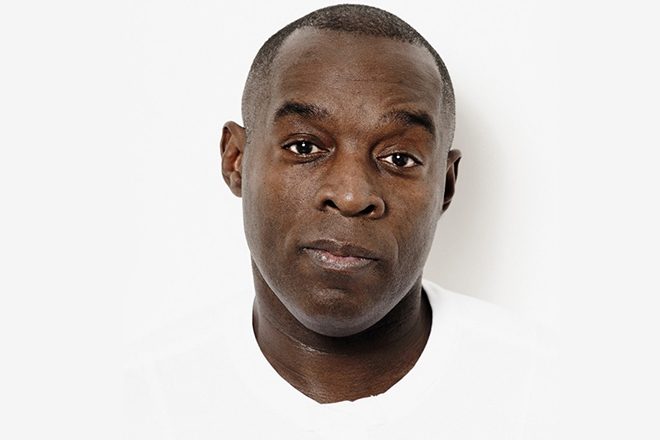 Kevin Saunderson has spoken about the failings of the music industry to respect dance music’s Black origins and support Black artists in a new interview with Billboard.

The Detroit producer, who is one the artists who pioneered the invention of techno as one of the Belleville Three and founding member of Inner City, spoke about his experiences with racism, the inequality of opportunity given to Black artists, the ignorance of the importance of Black culture to the development of dance music, and more.

He noted: “When we started creating the sound, it was only Black people who were listening to the music that was being made by myself, Juan [Atkins], Derrick [May], Eddie Fowlkes, Blake Baxter and the handful of people in Detroit who were making this music and were all Black artists. We had a handful people who came out to dance -- like, 600 or 700 -- who’d come to just about every party. It was all Black. Simple as that.

“It grew into a multi-billion dollar industry. It grew into these festivals. So much came from our imprint on this music that led to other influences that led to the music being made by whoever was inspired, which is fine. America’s take on it, at least previously, was that this music was made by Europeans or white people only, and that Black people just didn’t touch it because it didn’t fit into R&B or hip-hop and didn’t have the same soul and feeling.

“I think it became very commercialized with EDM, and you had all of these managers working with different promoters and bringing their acts in and trying to create a gimmick. Even the Kentucky Fried Chicken thing that happened at Ultra was just a disgrace to our music.”

Saunderson also spoke about how young fans of dance styles such as EDM are not aware of dance music’s origins and the industry fails to educate them with a lack of representation for Black artists: “[What we do] just doesn’t have the same market value, and also people don’t know. People come in and they’re 18 years old and they go hear EDM, they go hear Deadmau5 or whoever, and they think, “Wow, that’s amazing.” But they don’t always get an opportunity to hear people like us. It’s perceived like the music comes from white producers from Europe and some Americans, when it’s not really true. We don’t get the big platforms as much as we should. It’s not equal, that’s for sure.

“You can’t leave out people like myself, Derrick May, Juan Atkins, Carl Craig -- people who are doing it really well -- or just put us on the smaller stages. Not because we’re older and because we’ve been there and done that, but because we’re still great at it.

“I hate to say this, but you almost feel like somebody is basically eliminating Black artists and producers from participating and being part of the scene. So once I go off and die, and other people who’ve been around from the beginning are gone, who’s left? We’ve been doing this 35 years. If there’s talent, they should have the same opportunity or better opportunities.”

In reference to major festivals such as Ultra, EDC and Coachella needing to book more Black artists, he noted how capitalism has warped the industry away from its origins, stating: “The problem is that many of the people in power in these companies don’t really care, and they don’t know. Some of them also came in way after the fact and they don’t care about the history or integrity of music -- they care about the money. So yeah, they’ve got a responsibility to correctly represent the culture they’re profiting from, but the responsibility in their mind is only to make money.”

Watch this next: How Kevin Saunderson Made Big Fun

Saunderson also discussed a conversation he had with an agent from a high profile booking agency in the US who had no idea who Saunderson was.

“I talked to a gentleman at one of the leading global agencies. A promoter friend told me to call him because I recreated Inner City and we were going back on the road and we did some touring and were working on a new album. I thought, “Let me get a U.S. agent who’s got some power and has a good roster.” I left a message, and he called me back.

“So the guy, I’m talking to him and he was like, “Hey how can I help you?” I said, “This is Kevin Saunderson and I wanted to talk about maybe doing some future business and touring together.” He said, “Well, who are you? I don’t know anything about you. I don’t know who you are.

“I was thinking, "First of all, if you call me back you should do some kind of search." Especially if he’s the top guy, at least ask some of your agents. He’s older than me, so he should know. The point is that he’s very arrogant, and I didn’t know if it was a color thing or what. But he was like, “I don’t know your music, I don’t know who you are, and we take top artists around this agency.” It was a bunch of bullshit. I was like, “You shouldn’t have even called me back. This was a waste of my time.”

Read the full interview at Billboard.