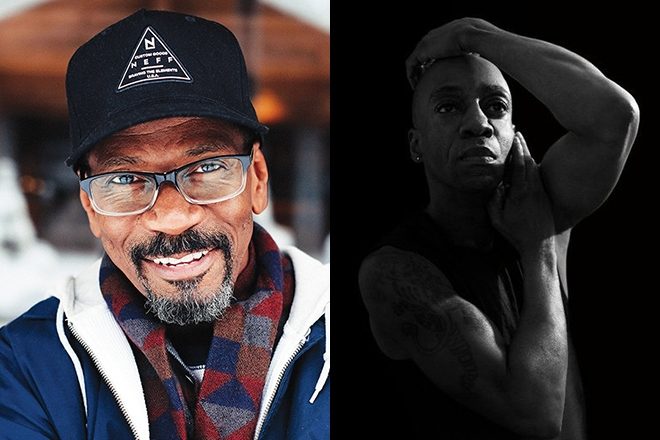 5 Mag has uncovered court documents of a multi-million dollar lawsuit filed by the Chicago house artists and attorneys Robert S. Meloni and Christopher M. Heintskill against the label and owner Rachael Cain aka Screamin’ Rachael.

Read this next: Larry Heard is still spreading house music's original message of hope and unity

A number of legendary house tracks made by the pair are named in the copyright infringement, including ‘Can You Feel It’, ‘Beyond The Clouds’, ‘Bring Down The Walls’, Distant Planet’ and ‘Never No More Lonely’.

It states: “This case involves an all-too familiar story of the early days of the music industry. Talented, but unrepresented, musicians hungry for their first break were lulled into a business relationship with an unscrupulous record company that made promises it never intended to keep and masqueraded as paternalistic benefactors for those artists – like a wolf in sheep’s clothing.”

It demands for Trax’s copyright filings from 1986 and 1987 to be declared legally invalid, and notes that the label ““built its catalogue by taking advantage of the unsophisticated but creative house-music artists and songwriters by having them sign away their copyrights for paltry amounts of money up front and promises of continued royalties throughout the life of the copyrights.”

In a statement sent to 5 Mag, Larry Heard recalled disappointment that “my earliest ventures into the music business was with a label in the community that turned out to be dishonest, like with many other artists that we hear about all too often. We are simply seeking justice and fairness. Maybe, our efforts will shed light on the many predatory practices that have been in place for a long time in this industry.”

“Trax’s treatment of those artists on its label is notorious to those in the electronic world,” Robert Owens says in the same release. “Many of my friends and fellow artists have been similarly treated. Hopefully this lawsuit will end Trax’s reign of non-payment. I’m grateful to TaP for their support in bringing this long overdue claim.”

Read this next: A crowdfund is raising money for pioneering house artist Adonis

Lawyer Robert S. Meloni said: “During my 40 years of practicing law in the music business, it was not all that uncommon to see record labels failing to honor their agreements with artists, particularly African-American artists.

Going as far back as Fat Waller, who practically gave away his rights to his iconic song Ain’t Misbehavin’ for a flat $500 just to stay out of alimony jail, through Little Richard, who was forced to sue his record label in 1984 for $112 million since he had not been paid any royalties since 1959, to Jimmy Hendrix and his infamous “1% contract” with PPX in 1965, all the way up to the legendary Chicago house music artists Larry Heard and Robert Owens and Trax Records – the subject of this lawsuit – African-American musicians have been especially victimized.”

“Larry Heard and Robert Owens have filed this lawsuit to begin the process of righting the wrongs they suffered, in the hope that it may inspire other similarly situated African-Americans to stand up for their rights as well.”

Rachael Cain’s lawyer Rick Darke sent a statement to 5 Mag, saying: “Rachael Cain has been fighting for a long time to get these artists paid. She just hasn’t received the monies from the parties responsible [Canadian investor, Casablanca Trax, Inc.] in order to pay them.”

The statement adds that Casablanca “obtained the rights and licenses to music from artists like Heard and later transferred the rights to another entity.”

Rachael Cain said: “Since the very beginning I have been championing House music, TRAX Records and our artists. As an artist myself I can totally understand and feel their frustration. Since 2002 TRAX Records has had no control over the TRAX classic catalogue which we intend to rectify. I would like them to know I have not been in control of the classics and have been fighting to get them paid.”