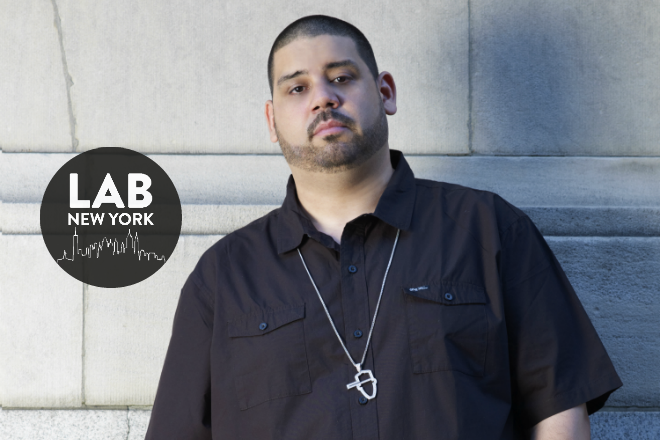 The Lab New York is Mixmag and Smirnoff Sound Collective's weekly afterwork party where we stream the best American and international DJs, live from our secret Brooklyn Location. We're kicking off the launch of Lab NYC with none other than legendary Brooklyn native, Kenny Dope.

In case you're unfamiliar with Kenny "Dope" Gonzalez, the name Masters At Work might ring a bell. as he's one half of the house music pioneering producer/DJ duo. Kenny is Grammy-nominated, been doing it since the 80s and has an unrivaled collection of over 50,000 records. Still touring as MAW in Ibiza and elsewhere, Kenny is non-stop even 25 years later.

At the moment, he has collaborations with Toddla T, Robert Owens, Bontan and Man Without A Clue forthcoming on his label Dopewax, and he's launching his Rinse FM radio residency this October. To properly reflect on his career would take much too long, but in short, Mixmag is beyond grateful to have the don Kenny Dope launching Lab NY.

The Lab is strongly powered by Void Acoustics. Watch Kenny Dope launch The Lab New York below or via MixmagTV.