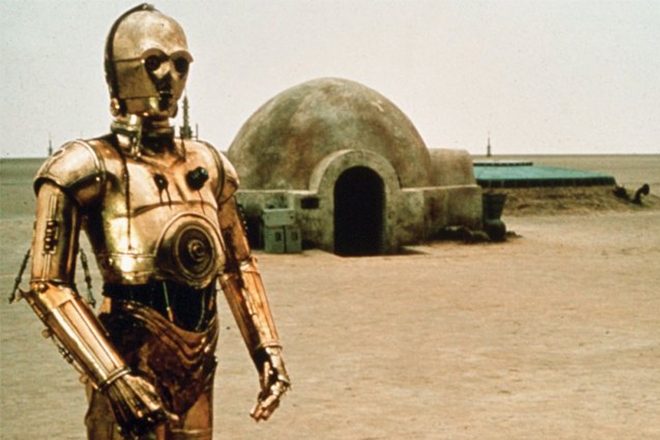 Working with a team to design low-incoming housing units that have the same aesthetic and austere of the Jedi's abode on the planet of Tatooine, West hopes that he may one-day may be able to deploy his design as suitable living spaces for the homeless.

West brought Greenburg to "a trio of structures that look like the skeletons of wooden spaceships" while taking a tour of his land in LA. Each prototype is "oblong and dozens of feet tall" and West shares that they would ideally be "sunk into the ground with light filtering in through the top."

The brutalist igloo-design used in George Lucas 1977 film Star Wars: A New Hope is located in the middle of the Tunisian desert. Between September 21 - 22, the music festival Les Dunes Electroniques will take over the location for a 30-hour rave. Learn more here.