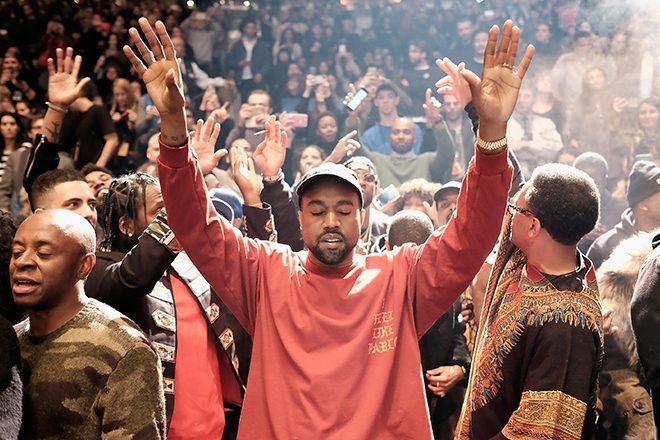 As fans continue to wait for Kanye West's new album 'Jesus Is King', the rapper has announced that he will only make gospel music from now on.

This past weekend, Kanye West held a series of surprise events in the United States, including a Sunday Service event in Queens, NY and album listening parties in Chicago and Washington Heights, NYC.

The listening parties, dubbed 'Jesus is King: A Kanye West Experience', featured a screening of Kanye's IMAX film Jesus is Lord from director Nick Knight, as well as a listening session of the new album 'Jesus Is King'. According to Andrew Barber of Fake Shore Drive, this is also when Kanye announced, "he is no longer making secular music. Only gospel from here on out."

According to Billboard, Kanye told the crowd what the album represents to him: "New York City is definitely one of my hometowns. I wasn't fully saved during Coachella. I came to know the truth and joy of Jesus. This album is an expression of the gospel."

At this time, no announcement has been made regarding when the album will be released.

Just heard Kanye’s new album Jesus Is King and saw the accompanying film. My favorite track is the last song and it features the Clipse. Both Push & No Malice. Kenny G is also on it. “New Body” has been cut from the album.

Here is the art pic.twitter.com/u87FLTDhZO

Kanye also announced that he is no longer making secular music. Only Gospel from here on out.

View the latest track list of Jesus Is King below.