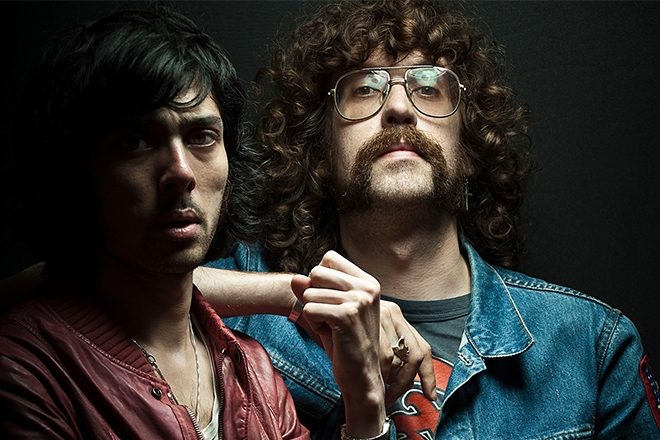 Read this next: Frank Ocean is launching a queer club night in NYC

The new party is said to pay homage to “what could have been of the 1980s NYC club scene if the drug PrEP - which can be taken daily to prevent HIV/AIDs for those who are not infected but are at high risk - had been invented in that era."

Read this next: Review: 'Iris: A Space Opera by Justice' is a sensory triumph triumph

Throughout the evening, Frank Ocean appeared sporadically in the DJ booth to unveil what appears to be new material from his next release. During Sango's DJ set, he stopped by to debut what seams to be a collaboration with the Seattle-based producer. Then, before Sherelle's high energy performance, Frank Ocean and Justice took over the booth to debut yet another new song.

Little is known of these new tracks and when they will be released, but a few videos from the night offer a taste of what to expect.

Frank Ocean recently said his new material is inspired by the club, including scenes and influence from Detroit, Chicago, techno, house and French electronic music.

View the clips below to hear the new music.