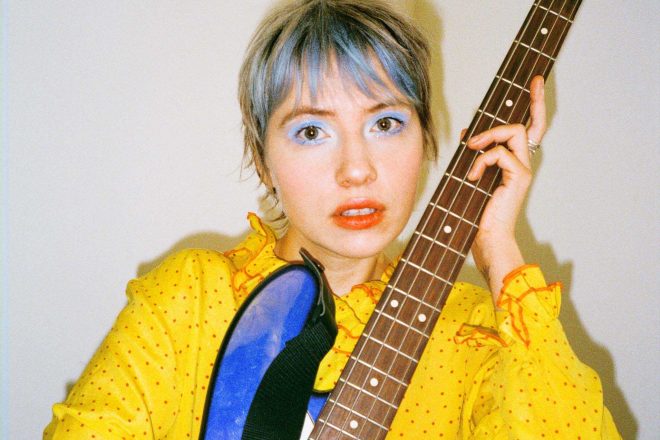 RVNG Intl. have released a remix package by Canadian songwriter Jessy Lanza and Russian duo PTU who have reworked tracks from Kate NV’s album Room for the Moon

‘Lu Na / If Anyone’s Sleepy’ is the two-track release, reworking songs from Moscow-born solo artist, Kate NV. Heading up the release, Lanza starts off the project with her remix of 'Lu Na'.

“I’ve been a big fan of Kate NV for a while so as u can imagine I was pretty excited to remix her track, Lu Na,” Lanza said on Instagram yesterday, October 21, alongside a picture of the pair together.

Read this next: Jessy Lanza fused r'n'b and footwork to make some of 2016's most perfect pop

“In 2017 I asked Kate if she wanted to come on a North American tour with me. We’d never met but she flew all the way from Moscow to Edmonton to meet at the first show! Kate got in the van and we’ve been friends ever since,” she said.

Both tracks are remixes from the singers’ ethereal ‘Room For The Moon’ LP released last year. Posting the news of the new release on social media yesterday, Kate NV said that both remixes come from two “beloved friends”.

“It’s always unexpected and surprising to listen to remixes and I love it so much! Both tracks are just great,” she said.

‘Lu Na / If Anyone’s Sleepy’ is one of the first releases from Lanza since her critically acclaimed record ‘All The Time’ record released via Hyperdub last year, which saw the singer receive back-to-back outstanding reviews.

In the same week, Lanza also released ’24/7’, a mixtape released via Hyperdub featuring remixes of tracks from ‘All The Time’.