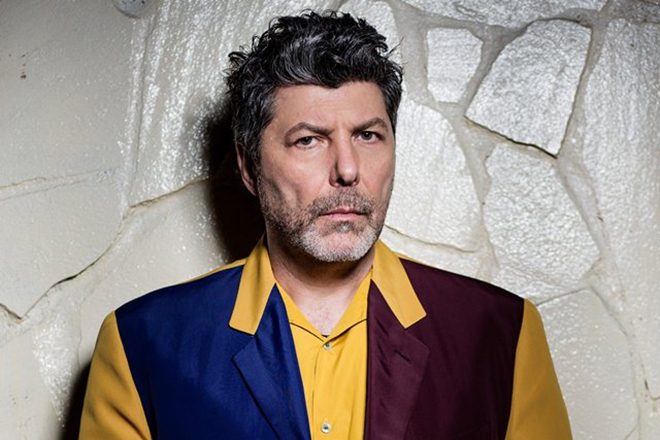 His former employer Radio Deejay, an Italian station where he hosted the COCCO show, confirmed the news, announcing he died after “fighting more than a year against an illness”.

As well as being a DJ for more than 40 years, Claudio Coccoluto was a producer, author, radio host and journalist.

He was born in Gaeta in 1962 and died yesterday, March 2, in Cassino. The town’s mayor has said a mural wiil be painted in his honour.

Coccoluto founded the Italian house label The Dub in 1997, releasing a wealth of beloved records over the years. In 2015 Claudio's son Gianmaria Coccoluto, who co-managed The Dub alongside his father, founded its sublabel TÊTE.

As well as releasing on The Dub, Coccoluto put out records via labels such as Paralophone and its Credence sublabel, Wound Music and Jolly Jams. His biggest track ‘Belo Horizonto’, released under the name The Heartists in collaboration with Savino Martinez, was remixed by Basement Jaxx and a major dancefloor hit in the 90s.

In 1998 Claudio Coccoluto took charge of an edition of the ‘Mixmag Live!’ mix CD series. Titled ‘A Midnight Summer’s Dream’ with Latin influences weaved through, it’s perfect for summer listening and considered one of the finest instalments in the series.

He also released a string of DJ mixes via Just Entertainment, and in 2009 he linked up with Sergio Cerrutio to release the ‘Xueño Formentera 2009’ compilation on Sony Music.

Claudio Coccoluto helmed the beloved Ultrabeat party at Rome’s Goa Club, which he co-founded, and was a regular at the famous Angels of Love party in Naples, appearing alongside the likes of Masters At Work, Lil Louis, Kerri Chandler, Danny Tenaglia, Frankie Knuckles and David Morales. He also played all over the world, notably being the first European DJ to be booked at New York’s The Sound Factory club.

In 2006, Coccoluto also ran for parliament as a representative of the left-libertarian Rosa nel Pugno party, but failed to secure election.

Italy’s Culture Minister Dario Franceschini praised Coccoluto as "a protagonist of the Italian and international creative scene... who got entire generations of boys and girls dancing with his tunes and avant-garde music."

Listen to his ‘A Midnight Summer’s Dream’ mix below.