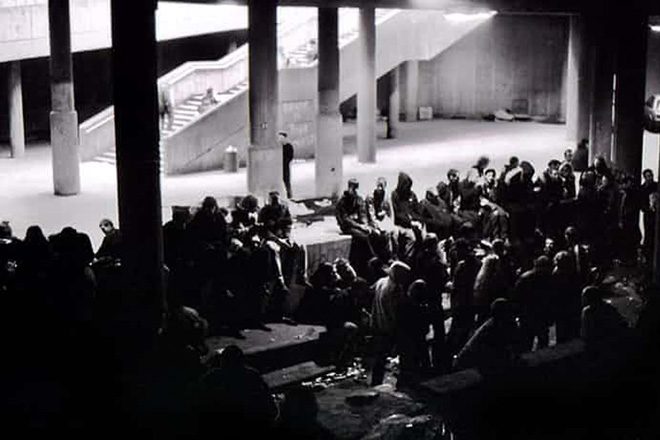 The amount of illegal raves being held in London have almost doubled since 2016.

As revealed by The Sunday Telegraph, the Metropolitan Police recorded that 133 unlicensed parties had been planned in 2017, an increase from 70 in 2016.

Police had to take action in January last year when around 1,500 people turned up to party at a disused Morrisons supermarket in Hounslow, west London. Then in May 500 ravers took over a primary school for about 12 hours.

Riot police and ravers also clashed in Stamford Hill, north London in June and one man was stabbed.

It's reckoned illegal raves are on the rise due to costs at licensed venues increasing.

The Met Police says it's more aware of the rise of illegal raves than it was before.

Detective Chief Inspector John Oldham, Head of Crime for the Met's Public Order Command, said: “Using covert tactics, we try and understand who the organiser is and where they live."

"If you are dealing with something like drug dealing you need to put someone in to buy the drugs or to pretend to be a drug user."

It's not just London where illegal raves are rife. One took place in Wales on New Year's Eve and ravers even returned the next day to clear up their mess, while a party went on for 16 hours in a former B&Q warehouse in Bristol.

Three men were charged in October for organising a Kent rave that's thought to have caused around £30,000 worth of damage.