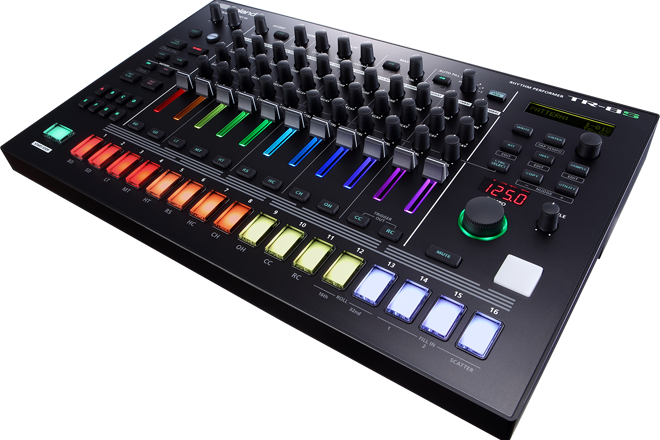 Roland has announced it will release a new drum machine this month called the TR-8S.

As well as containing detailed circuit-models that can produce the sound of the 808, 606, 909, 707 and 727, the TR-8S allows you incorporate preset and custom samples and customise them with specialised effects.

128 patterns can be stored on the TR-8S, each with eight variations and three types of fills. Patterns and variations can also be triggered solo or chained for developing sequences. An adjustable “Scatter” fill gives the added effect of slicing a measure into bursts of controlled chaos.

Eight analog outputs allow the processing of individual sounds through external effects or send them to separate channels of a mixer or DAW.

It’s priced at $699, head to Roland’s website for further details.

Check out a promo video below. 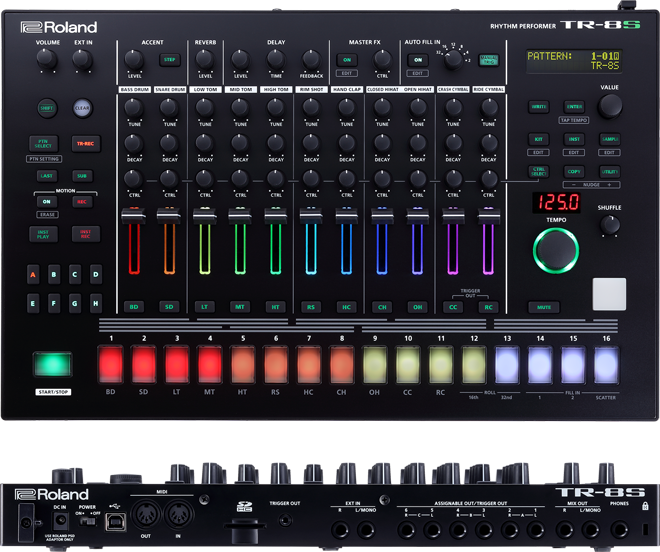