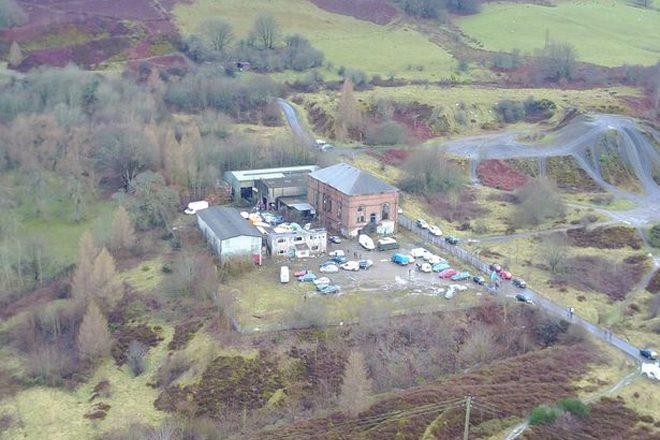 A group of party people who celebrated the start of 2018 at an illegal rave in the Welsh valleys returned to the site the following day to clear up their rubbish.

More than 1,000 people attended the 12-hour rave, which took place at the Grade II-listed former ETM factory in Talywain, nearby Pontypool in Torfaen.

Residents from up to five miles away made noise complaints to the the police, who arrested one 22-year-old man from Hampshire on suspicion of criminal damage.

A spokesperson for Gwent Police said: “Officers worked throughout the night and morning to try and prevent additional persons attending, to bring the event to a peaceful end as well as obtaining evidence for the investigation post event.

Despite the disruption and arrest, a number of attendees proved respectful, heading back to clean up the site on January 2.

Local resident Jesse Jones captured footage of the clearing operation, commenting in the video: “For all the people moaning about them, saying they’re trashing places - they’re clearing everything up” and that he “can’t fault them”.

Speaking to Wales Online, he said: “I was basically driving past with my uncles and we saw them out in the pouring rain with all their hair really wet. They didn’t fail to look at us and smile and wave. They all looked so happy we drove off for around about five minutes and we just had to turn around to film it.”