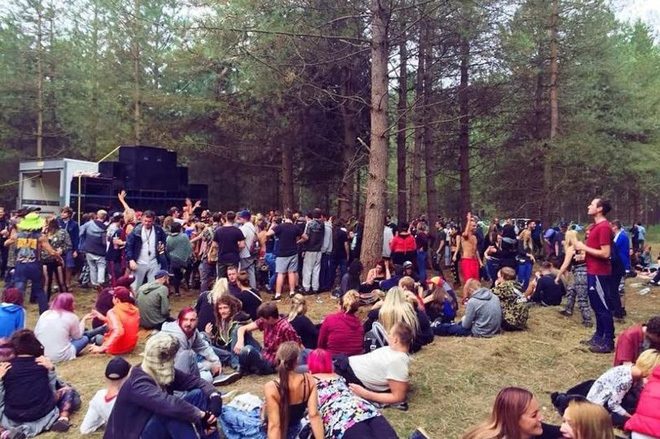 Officers patrolling the surround areas of Thetford Forest discovered an “unlicensed music event” on August 19, but ravers were allowed to continue their fun “due to its distance from any residential areas it was not causing a disturbance.”

Though a successful rave by most accounts, it didn't come without sparking controversy, as ravers were criticised by locals, rangers and Forestry Commission staff. A post on Thetford Forest’s Facebook page outlined some of the alleged disturbance, which included fire damage, excrement in areas used by the public and disruption to a schedule one breeding area.

Others jumped to the ravers’ defence, with one person arguing that “considering there was 1000 people I think they did a pretty good job cleaning the area”. Another suggested “the forestry just designate an area in the forest where people can do this with a no fires policy.”

One local even commented that “Illegal raves are much more fun”. They're not wrong.

Police have been taking extra care this summer to ensure illegal raves are stamped down, with Gwent Police in Wales even putting together a guide on how to stop illegal raves. It’s been demonstrated that ravers can be respectful, however, with stories of ravers returning to party sites to clean up their mess.

And why would you not want to go to one when they're like this?