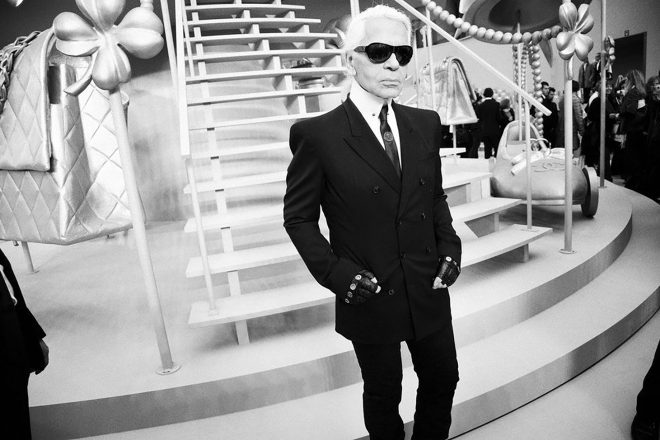 Karl Lagerfeld, considered one of the fashion industry's most iconic designers, has died at age 85. He passed away on Tuesday in Paris.

Instantly recognized in his signature glasses and ponytail, Lagerfeld was the creative director for Chanel and Fendi and continued to work up until his death. His cause of death has not been revealed, but he was admitted to the hospital the evening before his death and had been struggling with illnesses for months leading up to his passing.

His impeccable designs were admired by celebrities like Rihanna and Lady Gaga, and was also known for his love of music. He invited Chromatics, Hercules & Love Affair and others to perform at his fashion shows and sent looks inspired by Daft Punk down Chanel runways.

Fellow fashion heavyweight Donatella Versace was among the first to pay her respects, writing on Instagram: "Karl your genius touched the lives of so many, especially Gianni [Versace] and I. We will never forget your incredible talent and endless inspiration. We were always learning from you."