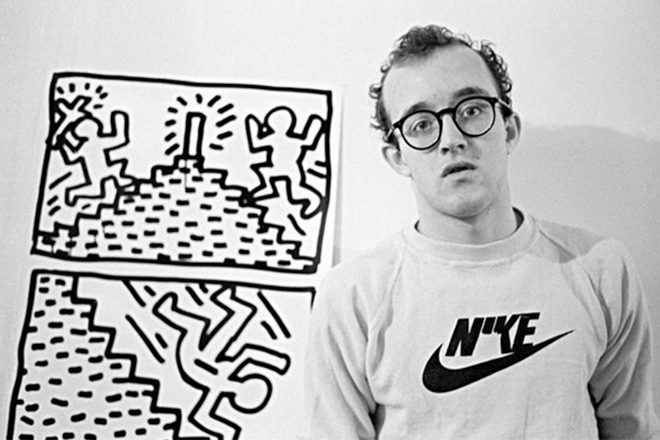 UK DJ and writer, Dave Haslam has released a new book called, We the Youth: Keith Haring's New York Nightlife, exploring the interconnected relationship between New York City nightlife in the late 1970s and early 1980s and the iconic work of artist and activist, Keith Haring.

Published via Confingo, the book provides a rundown of the clubs and venues where Haring found influence and community amongst DJs and other artists including Madonna, the B52s, Arthur Russell, Grace Jones and Jean-Michel Basquiat. He further dives into the ways in which the AIDS epidemic changed everything, as well as impacted Haring's later works.

Read this next: 26 photos of Basquiat, Warhol, Haring and more in hedonistic NYC nightclubs

This is the second book revealed in Haslam's 'Art Decades' series. Other books in the series include topics such as Courtney Love, Sylvia Plath, Liverpool in the early 1980s and the selling of the author's thirty-five box record collection to popular DJ Seth Troxler.