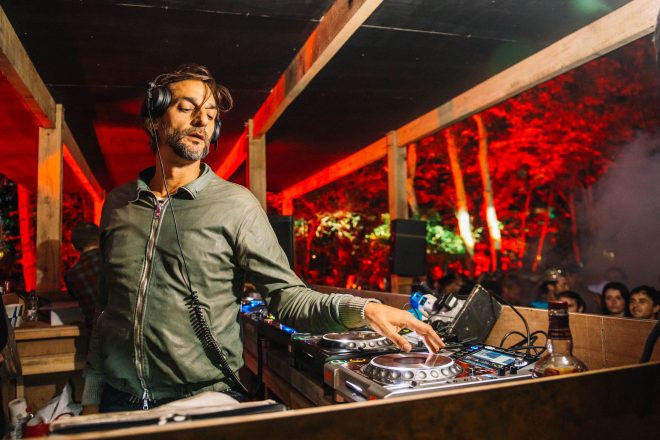 Houghton Festival is returning next summer, after the festival team were painfully forced to cancel this year’s edition in the face of extreme weather conditions deeming the site unsafe.

The next instalment of Craig Richards’ esteemed electronic music gathering in Norfolk will take place across August 6 to 9, 2020.

Ticket priority will be given to those who bought passes for this year's cancelled event. A private pre-sale link will be sent via email at midday on Wednesday October 9.

Speaking about last year's unfortunate cancellation, Craig Richards said: "Given the unprecedented circumstances we had no alternative but to stop the event ahead of the impending storm. Safety and wellbeing are of utmost importance, there is no justification for risking human life. The festival simply could not happen...... Obviously, the consequences were devastating for all concerned.

"That said we are confident that the decisions made at a time of extreme challenge were utterly correct. We take great pride in our reputation and have made every effort to recover swiftly and with dignity. Understandably, the aftermath has been extremely complicated but by navigating the cancellation process thoroughly and in a professional manner."

Read this next: Craig Richards gave us a mouthwatering festival in the near-flawless Houghton

This year’s ticketholders were due to be given a 147-page book featuring interviews with artists, illustrations, photography, and more upon arrival.

The book can now be collected at independent record stores across the country with evidence of the original ticket purchase.

This offer will last for two weeks from today, check the list of outlets it can be grabbed from below.