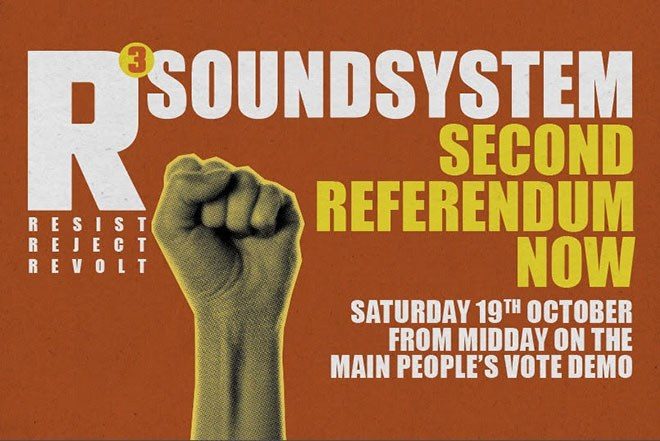 Erol Alkan, Bicep (pictured), Daniel Avery and Manara are among the DJs who will be playing on the R3 Soundsystem on October 19.

The mobile system will take to the streets of London as part of The People's Vote demonstration in London, which is demanding a second referendum as part of the Brexit process.

Read this next: Brexit - The impact on dance music so far

The march begins at 11am outside the Dorchester Hotel, Park Lane and will last all day. Hundreds of thousands of people are expected to join the main demonstration, with the R3 Soundsystem taking part with help from Groove Armada, Floating Points, Ed Chemical and more.

The meeting place for the soundsystem will be somewhere on Park Lane.

This will be the fourth time that the R3 Soundsystem has hit the streets: it's joined the last two People's Vote demos and took part in the Stop Trump march earlier this year too, each time causing raucous scenes on the roads of central London.

Read this next: Moby aided Congress' investigation into Trump

For full info head to Facebook here and see the full list of DJs taking place below. 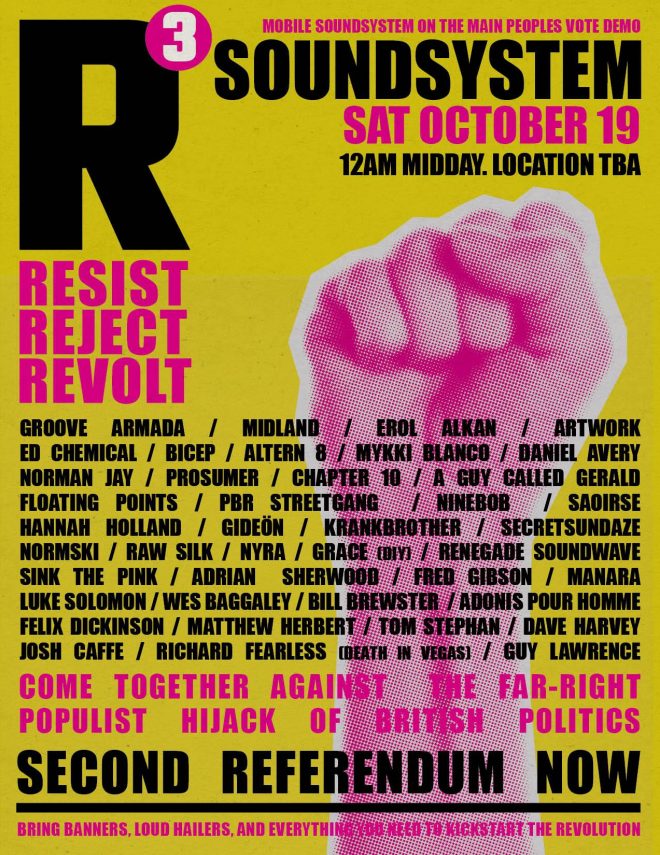