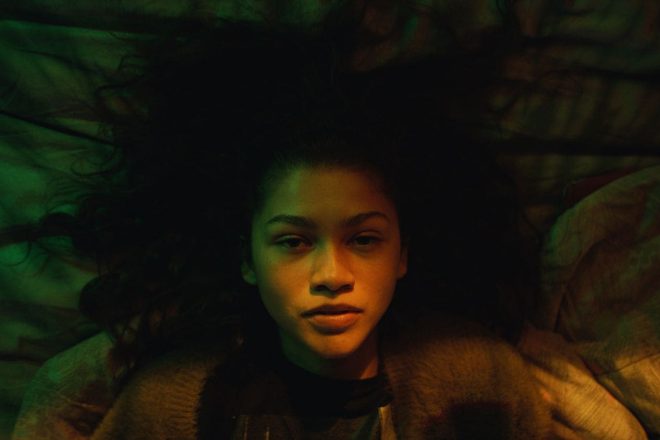 HBO's newest drama Euphoria is an edgy drama that doesn't shy away from typically taboo topics of drugs, sex and violence with a group of high schoolers through their coming-of-age stories.

Based on an Israeli series of the same name, executive produced by Drake and starring Zendaya as a troubled young addict at the center of the series named Rue, Euphoria was dubbed "shocking" and controversial from the start. Only on episode two, the series has already tackled topics not often touched by mainstream television like overdoses, full-frontal nudity and rape.

In the latest episode, we see 17-year-old Rue (who is very recently out of rehab) fall back into her vices by paying a visit to her drug dealer, Fezco (played by Angus Cloud). Ignoring his urgent asks for her to leave, she ends up stuck in the middle of a tense meeting with his supplier, a menacing tattooed figure who introduces himself as "Mouse". He ends up forcing her to take a drop of fentanyl off a knife, which almost immediately knocks her horizontal and nearly unconscious.

Euphoria's choice to focus on fentanyl is by no means a mistake. The drug has been linked to several high profile celebrity deaths, including Mac Miller and Prince. Fentanyl is a synthetic opioid pain medication which is said to be 50 to 100 times stronger than morphine and is typically cut into harder drugs on the black market.

Creator of the show Sam Levinson has been open about his own history of drug use, which has influenced much of the show. “I do think it’s important that we as a culture — we as parents, we as brothers and sisters — have empathy for the struggles [people] are going through. I think any time you put anything on screen, you run the risk of glamorizing it just by the nature of it being on screen," Levinson said to Variety. I don’t want [to be triggering], but we also have to be authentic about it.”

"[Euphoria] is a raw and honest portrait of addiction, anxiety and the difficulties of navigating life today," Zendaya wrote in an Instagram post ahead of the season premiere. "There are scenes that are graphic, hard to watch and can be triggering."

New episodes of Euphoria premiere every Sunday on HBO.

Watch the final trailer for Stranger Things' third season
Insta-Gram: How British cocaine dealers got faster and better
Do you have to do drugs in order to enjoy dance music?